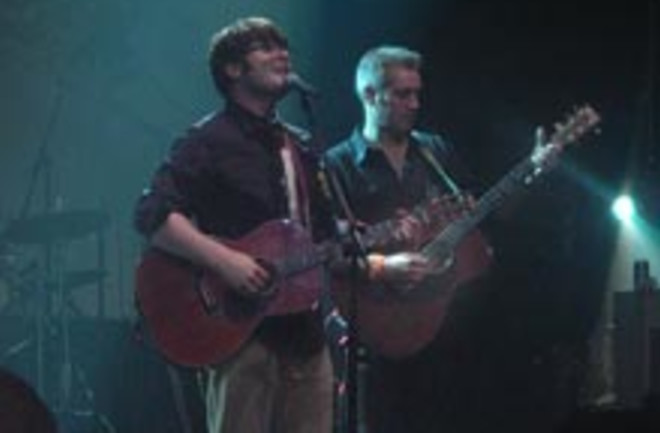 Two guitarists playing the same melody together don't just tap their feet to the same beat to stay coordinated: New research shows that their brains sync up, producing brain patterns that are virtually identical. In the study, researchers had pairs of professional guitar players play short melodies together while their neural activity was monitored with an electroencephalogram (EEG). Researchers found that the synchrony kicked in when the lead guitar player marked the tempo and indicated when to begin.

As the pair continued playing, their brain waves oscillated in synchrony from the same brain regions. This suggests that the same sets of neurons were at work, and at the same rhythm, in both players [New Scientist].

In a common sense result, researchers found coordination in the parts of the brain that control motor activity. But they also saw synchronized activity in regions that are

linked with "theory of mind" – the recognition that other creatures think and act independently – as well as brain "mirror" systems that enable people to subconsciously mimic the actions and feelings of others. The researchers think these areas may have been activated to increase the bonding and synchrony between the players in the shared task of playing the duet [New Scientist].

The new study, published in the journal BMC Neuroscience, didn't settle a chicken-or-egg problem. Researchers did not determine

whether this coupling occurs in response to the beat of the music, watching each other's movements and listening to each other or whether the synchronization takes place first and fosters the coordinated performance [Los Angeles Times].

The researchers note that the findings may

have broader implications regarding how our brains interact when we coordinate actions with other people, like matching our walking speed with another person, playing in a band, playing sports, and dancing. The findings may also apply to social bonding behaviors, like coordinated gazes between a mother and child or between partners [Popular Science].

Related Content: 80beats: Even Newborn Infants Can Feel the Beat DISCOVER: The Genetic Mystery of Music DISCOVER: Music of the Hemispheres explores what music means to the human brain