Perception Can Change in a Single Heartbeat 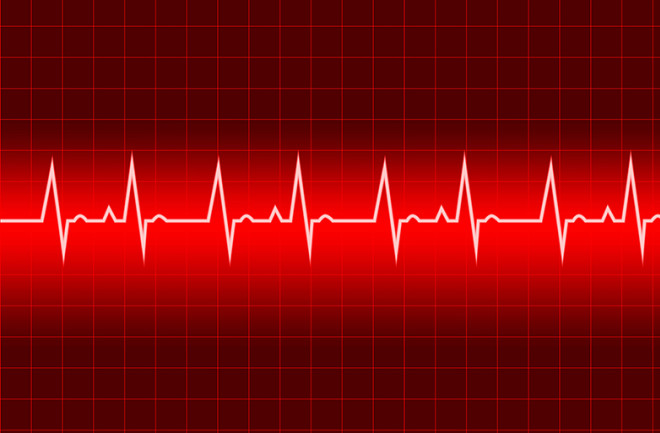 (Credit: svetmira/Shutterstock) In tense situations, everything can change between beats of the heart. And, it's more than just the situation that changes — our own reaction to a potentially dangerous encounter can hang on something as simple as the contraction of our heart. In a small study, researchers from the United Kingdom looked at how participant's perception of a threat changed with the beating of their hearts. The found that people were more likely to exhibit a reaction based on fear when their hearts were pumping blood, as compared to the resting phase between heartbeats. Every time our hearts beat, sensory neurons called baroreceptors are activated. These cells react to the minute flexing of our arteries and veins as blood rushes through, sending rhythmic signals to the brain. Baroreceptors regulate blood pressure, but they also link to areas of the brain involved in vision, memory, pain processing, stress and fear responses. An emerging body of research is revealing that the beating of our hearts can affect higher levels of processing. In a new experiment, published Tuesday in Nature Communications, the researchers wanted to find out if the small nudges exerted by each heartbeat on our brains could affect perception. They chose to focus on racial biases, motivated by a recent series of high-profile police shootings of unarmed black individuals. Their goal was to found out whether our response to fearful stimuli, as moderated by heartbeats, can affect our decision-making process.

Thinking With Your heart

In a previous paper published in 2014, some of the same researchers showed that our sensitivity to fearful stimuli was partially dependent on whether our hearts were beating or resting. They found that when the heart was contracting, called systole, study participants were more likely to exhibit a response to a face showing fear when compared to diastole, when the heart is at rest. This time, instead of images of fearful faces, the researchers tested participants to see how accurately they could identify tools and weapons after being presented with an image of either a black or a white person. The idea was to see whether instinctive associations with a face affected a subsequent decision, an effect called "priming". The participants were hooked up to an electrocardiogram machine to track their heartbeats and allow researchers to flash images at either systole or diastole. They found that when primed with a black face, the participants were more likely to misidentify tools as weapons when their heart was beating. During diastole, when their hearts were at rest, they identified tools and weapons with equal accuracy, no matter which face they were primed with. In a second experiment, they put the same participants through a version of a police training program where they were shown an image of an individual holding either a harmless object or a weapon. Each participant then decided whether to shoot or not. The results were the same as before. When the person in the image was black, participants who had to react during systole were more likely to shoot unarmed individuals, than people primed with the same image during diastole. This confirms the researchers hypothesis: We're more likely to fall prey to our internal biases when our hearts are contracting.

The researchers believe that this effect can be traced to the amygdala, a region of the brain responsible for responding to fear. Their 2014 study showed that the amygdala is more active during systole, the result of regular jolts of activity from the heart-monitoring baroreceptors. If we are more susceptible to fear during this time, they argue, then we should be more responsive to a perception that black individuals are threatening, and more likely to respond with violence. While higher levels of processing may win out in an ideal situation, when we are forced to make split-second decisions we don't always have that luxury. "We all know that social stereotypes seem to be embedded in our culture," says Sarah Garfinkel, a research fellow at the University of Sussex and co-author of the paper. "What we’re showing with this particular study is that they also become embodied in our physiology, and it is this continuous dialogue between our physiology and the brain that should be taken into account when we try to explain the mechanism that underlies that expression of racial bias." A third experiment testing whether the same heightened response to black faces held for another common stereotype, that of athletic ability, found that while the association held, the phase the heart was in had no effect. This adds to the researchers' conclusion that fear, as controlled by the heartbeat, is a meaningful factor in responding to racially charged situations. While they didn't specifically test to see if heart rate was a factor in decision-making, the researchers say that more heartbeats will likely translate into a greater activation of the amygdala, thereby increasing our instinctive fear responses. This has an obvious correlation to stressful situations where heart rates are naturally elevated — though the stress itself may stir fearful reactions, our thumping hearts may be influencing our actions in their own way as well.

Listening to Our Hearts

Their findings also beg the question: How do we counteract our sometimes harmful biases? While better training and equipment will always be necessary, the researchers suggest that paying attention to the rhythms of our own bodies can help as well. The sensations that clue us in to our internal state — hunger, the need to urinate, respirations, heartbeat — are collectively called interoception. Recent research has shown that those who are more proficient at sensing the pace of their own heartbeats score better on tests of memory and intuitive processing and deal with anxiety more efficiently. Being more aware of how heartbeats change the way we think could help police officers and others placed in stressful situations to react more appropriately, the researchers say. "We know that the deleterious effects of heartbeat signals (e.g. on memory) are lower in people who are generally more able to accurately detect and perceive their heartbeats at rest," says Hugo Critchley, the chair of psychiatry at the University of Sussex, and another co-author of the paper, in an email. He went on to say that the team is currently researching a link between anxiety and interoception, and that future research should help further illuminate how, and to what extent, our ability to monitor our internal environment is linked to mental processes. While more research needs to be done to fully assess how our heartbeat is linked to cognition, for now at least, a little more self-awareness could go a long way. "If we can train people to become more interoceptively accurate, that is, be more aware of their heart beating, then they can counteract the negative and influential effects these signals may have on processing," says Garfinkel.