I agree with Cynical-C, this has to be one of the best creationist quotes ever. (From Fundies say the darndest things.)

One of the most basic laws in the universe is the Second Law of Thermodynamics. This states that as time goes by, entropy in an environment will increase. Evolution argues differently against a law that is accepted EVERYWHERE BY EVERYONE. Evolution says that we started out simple, and over time became more complex. That just isn't possible: UNLESS there is a giant outside source of energy supplying the Earth with huge amounts of energy. If there were such a source, scientists would certainly know about it.

I guess they haven't heard that scientists recently detected just such a source of energy, using our sophisticated neutrino telescopes. 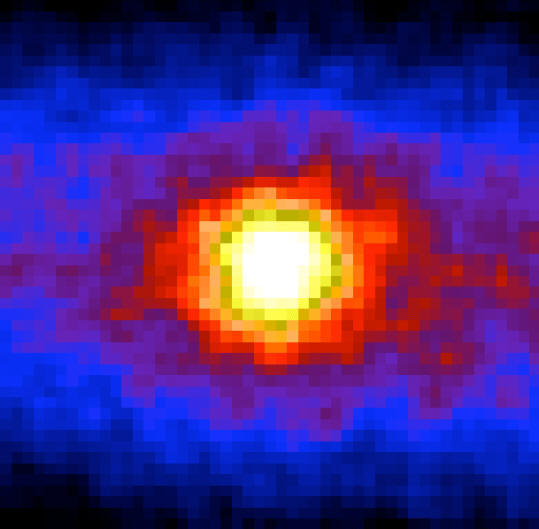 Now if only we could figure out how to use this mysterious cosmic fusion reactor to generate a flow of entropy here on Earth. Someday, I'm sure, we'll get there.