Not my concern – how choice can make us more selfish 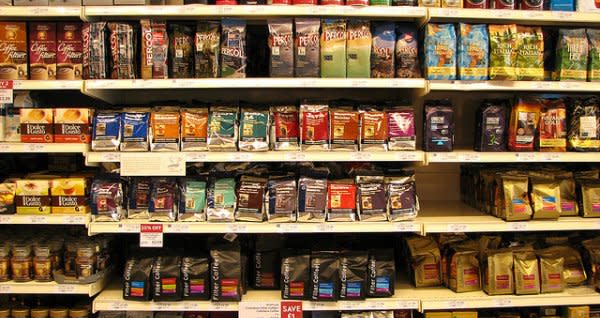 I’m at a supermarket, and I want bacon. There’s Danish or British, streaky or back, smoked or unsmoked. My quest for bread leads to a choice between white, brown, seeded, malt, thick-sliced or thin-sliced. Lettuce: romaine, gem, iceberg. Tomatoes: cherry vine, classic, baby plum, organic. It should not be this complicated to assemble a BLT. People in Western countries drown in choice. Want a T-shirt? Thousands of alternatives await you. Want some toothpaste? Sit down, we could be here a while. Many people see these options as a good thing – they’re a sign of our independence, our freedom, our mastery over our own destinies. But these apparent positives have a dark side. Krishna Savani from Columbia University has found that when Americans think about the concept of choice, they’re less concerned about the public good and less empathic towards disadvantaged people. His work supports the idea that endless arrays of choice focus our attention on individual control and, by doing so, they send a message that people’s fates are their own concerns. Their lives are not the business of the state or public institutions, and if they fail, it is their own fault. With choices at hand, Americans are more likely to choose themselves. Savani asked different groups of American students to watch a video of someone going about mundane tasks, like opening a letter, selecting a CD or eating chocolate. Half the students had to press a key when the actor made a choice; the others pressed the key whenever he touched an object. By making the students think about the mere concept of choice, Savani managed to change their attitudes towards public policies that demand individual sacrifices for the sake of wider societal goods. Compared to their peers, the ‘choice’ students were less likely to support affirmative action – a policy that tried to provide more opportunities for disadvantaged students. They were less likely to support restrictions on violent video games, bans on vending machines near schools, environmental taxes on gas-guzzling cars, bans on intensive breeding of animals in factories, or proposals that require homeowners to install good insulation. All of these policies restrict individual freedoms to an extent, but they could benefit society by reducing inequality, aggression, obesity, global warming and environmental pollution. In every case, the students were given clear evidence to support each position, but those who had choice on their minds were more likely to reject the policies. This effect works both ways. The ‘choice’ students may have been more dismissive of policies that emphasise the public good, but they were happier about supporting policies that boosted their individual rights, including allowing single people to adopt children, and legalising marijuana. Choice also changed how the students saw other people. After watching the same video and performing the same key-press task, Savani asked 54 students read six vignettes about people who had fallen on hard times. The stories told of heart attacks, car accidents, failed diplomas and physical abuse and Savani found that the ‘choice’ students were more likely to blame the hypothetical victims for their woes. And although such views were more common among the politically conservative students, even the liberals expressed more blame if they had choice on their minds. This cold outlook even extends to people who clearly have no control over their own lives. In a final and very different experiment, Savani led 26 American students into a cubicle where some had to choose between five pens, chocolate bars, key chains and birthday cards. Others had to simply describe one of the five items, which the experimenter had chosen. In a different room, they read about the plight of Roke, a 7-year-old boy from Mali – poor, starving, and dependent on the support of charities like Save the Children. Roke was clearly a victim of circumstances beyond his control but the ‘choice’ students were still less empathic towards him. Compared to their peers, they were less upset or touched by his condition, less likely to feel morally obliged to help, and less likely to donate money. Even after doing something as trivial as choosing a pen and a keyring, their attitudes had shifted. Savani found completely different results when he repeated his experiment with 47 students in India. Not only were they generally more empathic and generous towards Roke, but their reactions weren’t affected by the concept of choice. “At least some of the potentially negative consequences of choice are culture-specific,” says Savani. These experiments aren’t perfect. Some of them involved small sample sizes, there weren’t any true field experiments, and it would have been interesting to use a wider range of methods to prime the concept of choice. Nonetheless, the results are significant and consistent across the different studies. Together, they paint a picture of an America where the choices that people hold dear can turn them away from attempts to solve important social problems, or weaken their empathy towards others in need. This isn’t the only study to explore the perils of choice. When faced with more choices, people make poorer decisions, fail to notice the difference between their options, lose motivation, and end up less happy with the choices they eventually make. Jonah Lehrer has written about these issues extensively on his excellent blog The Frontal Cortex, while Barry Schwartz has written an entire book on the subject, called The Paradox of Choice: Why More is Less. Of course, choice doesn’t have to wield such a negative influence. Indeed, Savani points out that the US is one of the world’s most charitable countries. He writes, “If Americans believe that they are choosing to help other people out of their free will, or if they can affirm their selves through making choices for other people, they may be even more charitable.” The problem lies more with “choice for choice’s sake.”