No Evidence for an Early Dementia Epidemic

Another day, another alarming brain-related story hits the news:

In fact the study in question doesn't show that. The paper, published in Surgical Neurological International (see also) is from British researchers Colin Pritchard and Emily Rosenorn-Lanng. 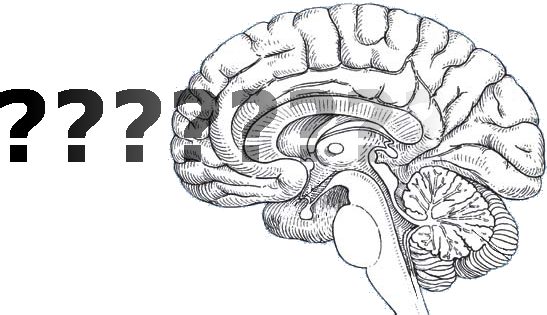 The authors show that the number of deaths attributed to neurological diseases (including dementia) have risen in recent years. Using World Health Organization (WHO) data from twenty-one industrialized countries, Pritchard and Rosenorn-Lanng found that the rate of neurological deaths in the over 75s more than doubled (112% increase) in twenty years, 1990 to 2010. That's the finding. At first sight, this does seem a "Cause for Concern", as the authors put it in the paper's title. Neurological diseases are killing twice as many people! But that's just one interpretation of these results. Another interpretation is that people are just getting older. From 1990 to 2010, life expectancy increased and there are more old people now. Everyone knows that dementia is more common in old people. So an ageing population will, all else being equal, inevitably suffer more dementia. Pritchard and Rosenorn-Lanng do address this point, but in my opinion, not succesfully. As 'control conditions', they consider deaths from cancer and heart disease in the 75+ group. These deaths have not increased from 1990 to 2010 - in fact they have fallen. The authors argue that since cancer and heart disease are diseases of old age too, the "people are just older" argument would equally well apply to those diseases, yet neurological diseases have increased more, so there must be more than just an age effect. The problem is that this is comparing apples to oranges. For one thing, cancer and heart disease are often treatable, and we're getting better at treating them. There have been lots of new drugs, treatments and screening programs for cancer and heart disease since 1990, so it's no surprise that death rates fell. Dementia, on the other hand, is not treatable, nor are many other neurological disorders. Pritchard and Rosenorn-Lanng say

The disproportionate rises in [neurological deaths] compared to [cancer and heart disease deaths] might be attributed to more effective treatment of these conditions... However, would this account for the doubling of [neurological deaths] in most countries in such a relatively short‑time?

But this is hand-waving. We need data to say whether the ageing population can explain the rise in neurological deaths. We'd need to know the rates of dementia at different ages, for one thing. There's no such data in this paper, yet the authors are willing to dismiss the possibility out of hand. Another problem is diagnosis. Awareness of dementia is rising, and doctors today might be more willing to diagnose the condition than they were in 1990. This could plausibly explain some, or all, of the rise in recorded neurological deaths. Pritchard and Rosenorn-Lanng acknowledge the problem of diagnostic "fashions", but they brush it aside, saying that "the WHO international data is the most reliable available". Perhaps it is the best available, but that's not the question. The question is whether it is reliable enough, and there's no way of knowing. Having concluded that the rise in neurological deaths from 1990 to 2010 is probably real, Pritchard and Rosenorn-Lanng go on to speculate as to the possible causes. Except they claim not be speculating:

We avoid the temptation to speculate but point toward a number of studies indicating possible epigenetic factors influencing neurological morbidity,suggesting that possible nongenetic influences on gene expression, may be entertained.

This is right out of Susan Greenfield's playbook: she, too, once claimed that she was not speculating but merely pointing: "I point to the increase in autism and I point to internet use. That's all". Actually, many aspects of this paper reminded me of the 'autism epidemic' controversy, such as the dismissal of prosaic explanations in favor of scary hypotheses about environmental toxins. Pritchard and Rosenorn-Lanng suggest that the factors responsible for the epidemic of neurological disorders might include

The headline-writers, of course, made much of this paragraph, but this is not science, it's speculation. P.S. Those headlines about how this study found dementia striking earlier? Outright wrong. Pritchard and Rosenorn-Lanng found that rates of neurological deaths in people aged 55-74 years were effectively unchanged, with an increase of just 2% in men and 1% in women.