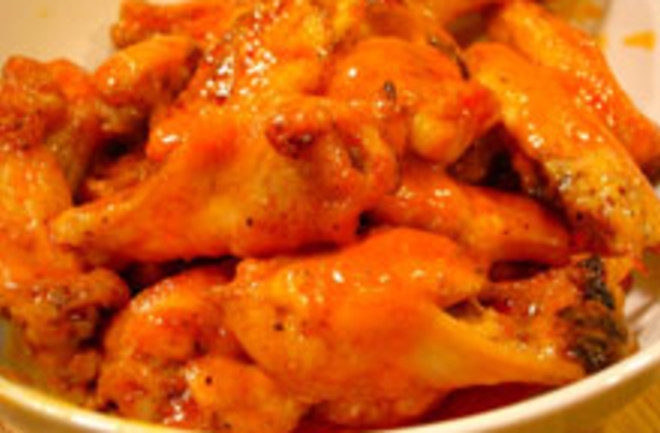 Ever wonder why buffalo wings always smell so awesome when a football game is blaring in the room? Scientists have proposed that the way food smells could possibly be related to the sounds we hear when we consume them. They note that there could be a connection between smell and sound, a hybrid sense they call "smound." The theory is in findings published in the Journal of Neuroscience. Daniel Wesson made the possible neural connection quite by accident when he was studying the olfactory tubercle, a structure at the base of the brain that aids odor detection. He was observing mice when he put his coffee mug down. The clunk of the mug hitting the desk produced a spike in the mice's olfactory tubercle activity. Studying the tubercle further, Wesson and his colleague Donald Wilson first confirmed that 65 percent of tubercle cells were activated by at least one of the five odors presented to the mice. Then the cells were presented with only a tone--and 19 percent fired. Then they took the experiment to the final step, Wesson explained to Scientific American:

The next set of recordings “really changes the way we think about smell,” Wesson says. He and Wilson repeatedly sent a mix of both odors and tones into tubercle cells and saw that responses from 29 percent became either enhanced or suppressed depending on the presence or absence of the second stimulus. One cell, for example, appeared not to care for either smell or sound but responded robustly to the combination.

The existence of smound, Wesson says could aid in the development of new technologies, like a gadget he envisions for bomb-sniffing dogs. A small device would emit a tone into the dog's ears as he sniffs objects, which could potentially make him more sensitive to the smell of things like explosives. On a day to day basis, smound could possibly be used to pair food and music, potentially augmenting our appreciation of these stimuli. Related Content: DISCOVER: What are Smells Made of?

DISCOVER:Smell Your Way to Happiness

DISCOVER: The Fake Smell of Death