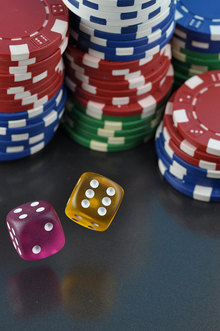 The best poker players are masters of deception. They’re good at manipulating the actions of other players, while masking their own so that their lies become undetectable. But even the best deceivers have tells, and Meghana Bhatt from Baylor University has found some fascinating ones. By scanning the brains and studying the behaviour of volunteers playing a simple bargaining game, she has found different patterns of brain activity that correspond to different playing styles. These “neural signatures” separate the players who are adept at strategic deception from those who play more straightforwardly.

For more about what Bhatt's study revealed—and to figure out whether you'd be an "incrementalist," a "conservative," or a "strategist" kind of player—check out the rest of the post

80beats: A Hide-and-Seek-Playing Robot Learns How to Lie