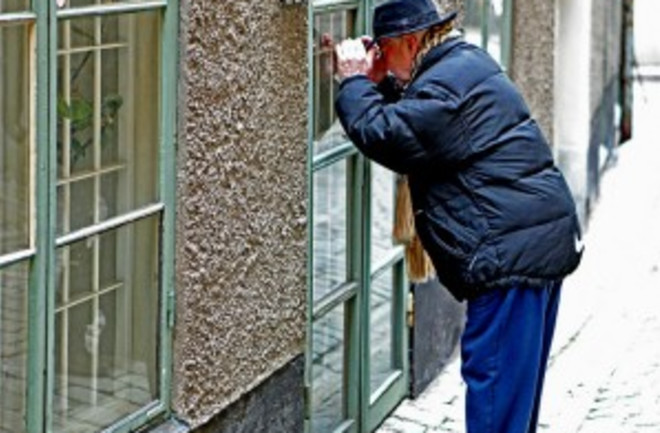 Exhibitionistic and voyeuristic behavior in a Swedish national population survey.

“We examined the prevalence and correlates of self-reported sexual arousal from exposing one’s genitals to a stranger (exhibitionistic behavior) and spying on others having sex (voyeuristic behavior) in a representative national sample.In 1996, 2,450 randomly selected 18-60 year-olds from the general population of Sweden were interviewed in a broad survey of sexuality and health. A total of 76 (3.1%) respondents reported at least one incident of being sexually aroused by exposing their genitals to a stranger and 191 (7.7%) respondents reported at least one incident of being sexually aroused by spying on others having sex. Exhibitionistic and voyeuristic behaviors were examined for possible associations with 9 sociodemographic, 5 health, 4 risk-taking, and 17 sexuality variables. Both paraphilia-like behaviors were positively associated with being male and having more psychological problems, lower satisfaction with life, greater alcohol and drug use, and greater sexual interest and activity in general, including more sexual partners, greater sexual arousability, higher frequency of masturbation, higher frequency of pornography use, and greater likelihood of having had a same-sex sexual partner. Consistent with previous research in clinical samples of men with paraphilias, respondents who reported either exhibitionistic or voyeuristic behavior had substantially greater odds of reporting other atypical sexual behavior (sadomasochistic or cross-dressing behavior). There was evidence both for general and specific associations between sexual fantasies and their corresponding paraphilia-like behaviors.