Exhibit A: Still fighting the Civil War, one Lincoln five dollar bill at a time. 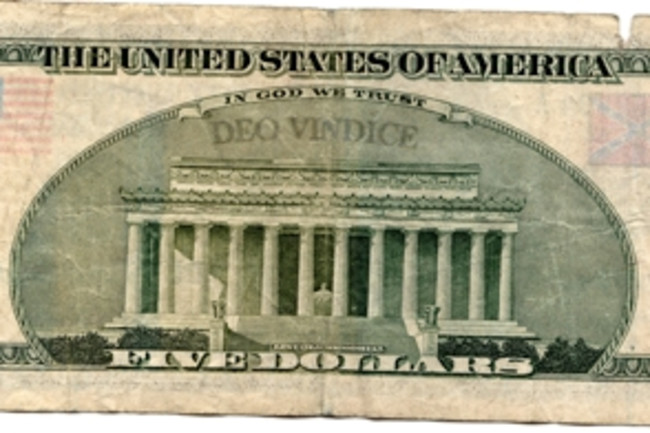 (FYI, "Deo Vindice" is from the Great Seal of the Confederacy, and is loosely translated by our good friends at Wikipedia as "With God our Vindicator")

Exhibit B: Showing that deep emotion is not restricted to one end of the political spectrum. 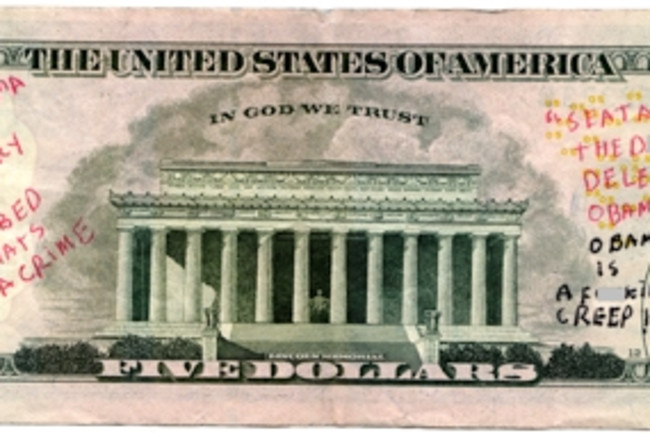 Kidding aside, I'm fairly moved by the thought that there are people who have such a depth of frustration that scrawling on currency feels like the only voice they have -- one may find the source of that frustration repellent or deranged, but that feeling of impotence in the face of what seems like the end of the world is something most of us have felt at one time or another (Gulf oil spill, anyone?).

(FYI, These two examples are just the ones that happened to pass through my hands during the past few months, but many more examples have been cataloged here and here, the latter being a compendium maintained by a burrito restaurant, of all things.)