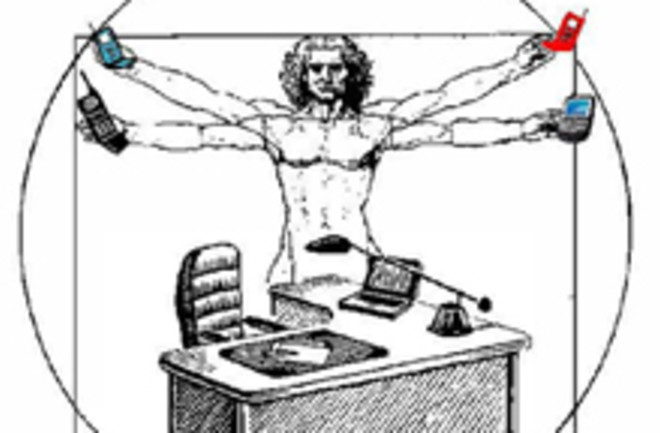 During both work hours and leisure time, a growing number of people have become extravagant multitaskers, flitting between Web browsing, texting, emailing, and maybe even throwing in some old-fashioned television or print media for good measure. But a surprising new study has found that those who multitask the most are far worse at it than those people who focus on fewer tasks simultaneously. Says study coauthor Clifford Nass:

"The huge finding is, the more media people use the worse they are at using any media. We were totally shocked" [AP].

The researchers compared high- and low-multitaskers on a variety of psychological tests, according to the study published in the Proceedings of the National Academy of Sciences. They found that the high-multitaskers were worse at ignoring irrelevant information, worse at organizing information, and took more time to switch between tasks. That final finding

particularly surprised the researchers, considering the need to switch from one thing to another in multitasking. "They couldn't help thinking about the task they weren't doing," lead author Eyal Ophir said [AP].

As for what caused the differences — whether people with a predisposition to multitask happen to be mentally disorganized, or if multitasking feeds the condition — “that’s the million dollar question, and we don’t have a million dollar answer,” said Nass [Wired.com].