Mood Manipulation is not Mind Control 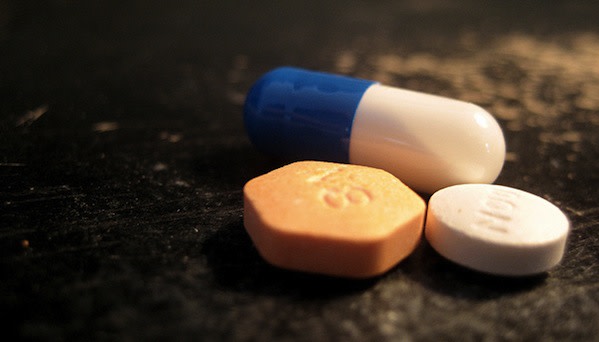 Do Androids Dream of Electric Sheep? (Blade Runner's dead-tree forebear) opens with Deckard arguing with his wife about whether or not to alter her crummy attitude with the "mood organ." She could, if she so desired, dial her mood so that she was happy and content. Philip K. Dick worried that the ability to alter our mood would remove the authenticity and immediacy of our emotions. Annalee Newitz at io9 seems to be worried mood manipulations will enable a form of social control. The worry comes from recent developments in neuro-pharmaceuticals. Drugs are already on the market that allow for mood manipulation. The Guardian's Amelia Hill notes that drugs like Prozac and chemicals like oxytocin have the ability to make some people calmer, more empathetic, and more altruistic. Calm, empathetic, and altruistic people are far more likely to act morally than anxious, callous, and selfish people. But does that mean mood manipulation going to let us force people to be moral? And if it does, is that a good thing? Is it moral to force people to be moral? The question is a strange one. Force people to be moral – what does that even mean? Let's cast some clarity onto the issue of moral enhancement:

The field is in its infancy, but "it's very far from being science fiction", said Dr Guy Kahane, deputy director of the Oxford Centre for Neuroethics and a Wellcome Trust biomedical ethics award winner. "Science has ignored the question of moral improvement so far, but it is now becoming a big debate," he said. "There is already a growing body of research you can describe in these terms. Studies show that certain drugs affect the ways people respond to moral dilemmas by increasing their sense of empathy, group affiliation and by reducing aggression."

That last sentence is a critical one, so I'm going to disassemble it. Some drugs affect, that is, influence or temper a person's response to a moral dilemma. Your initial response might be, "I don't want my decisions being influenced by a drug!" We see ourselves as rational beings in control of our emotions. But our mood is often critical to our decision making, particularly in regard to how we react to others. We intuitively recognize that mood is often related to morality. When a person is upset or depressed, they can “snap” at a friend, being unjustifiably cruel, violent, or neglectful. Often a person who snaps at a friend will immediately apologize, offering “I don’t know why I did that. I’m in a bad mood, but not at you in particular. I’m sorry.” In these cases, mood creates poor conditions for moral behavior towards friends, let alone acquaintances or general strangers. The important point is that mood creates conditions conducive to moral behavior. Mood does not determine moral behavior. Like many discussions around human enhancement, it is impossible to overemphasize the difference between determining and enabling a behavior or trait. Think of it like buying a pair of running shoes. Just because you own the shoes, or even if you choose to wear your running shoes every day, doesn't mean you'll go running. But you're more likely to go running in running shoes than if you are wearing flip-flops or snow boots. Mood enhancers work the same way. I might take a pill that makes me more more likely to be empathetic and altruistic, but it doesn't guarantee that I will be any more than me having a crummy day will make me a jerk to others. Humans are able to exercise reason and willpower over our emotions and moods to control our actions. The great thing about mood enhancers is that they make it so that our reason and willpower don't have to overcome anger, fear, and angst to enable us to do the moral thing. A person in the right mood has an easier time making good choices when faced with moral dilemmas. There is, of course, a caveat:

Ruud ter Meulen, chair in ethics in medicine and director of the centre for ethics in medicine at the University of Bristol, warned that while some drugs can improve moral behaviour, other drugs - and sometimes the same ones - can have the opposite effect. "While Oxytocin makes you more likely to trust and co-operate with others in your social group, it reduces empathy for those outside the group," Meulen said.