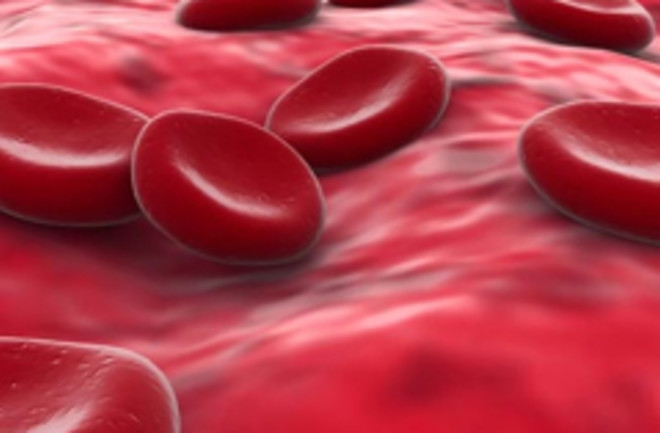 While scientists may still be years away from delivering on some of the loftier promises made about stem cells—treating diseases like Parkinson’s and growing entire organs from scratch, to name a few—they are finally beginning to make good on some simpler, but far more practical, applications. Like growing blood from hematopoietic stem cells, or bone marrow stem cells, for transfusions. On the battlefield, blood is a particularly valuable commodity since it is always in high demand but scarce supply. Wounded soldiers in Iraq and Afghanistan must endure weeks of waiting to receive “fresh” deliveries of donated blood that, by the time they arrive, have become stale—if not expired outright. Add on top of that the fact that the stuff is prone to contamination or carrying infectious diseases and that it needs to be matched up to a soldier's blood type, and you have a wildly inefficient process in desperate need of improvement. Which brings us to the notion of producing red blood cells (RBCs) from bone marrow-derived stem cells. Though the technology has been around for a few years—a company called Advanced Cell Technologyproduced the first lab-grown red blood cells from human embryonic stem cells in 2008—the real challenge lies in growing the trillions upon trillions of blood cells that would be needed for a single transfusion in a cost-effective manner. (A single liter of adult blood typically contains upwards of 4 to 6 trillion blood cells.) Now imagine having to scale that up to service thousands, if not tens of thousands, of individuals at one time, and you can understand why this technology has yet to make a significant impact beyond the lab setting. It was with this goal in mind that DARPA (Defense Advanced Research Projects Agency), the Pentagon’s experimental research arm, kick-started its blood pharming program in 2008 and granted Arteriocyte, a biotech start-up based in Cleveland, Ohio, $1.95 million to come up with a solution. (If you’re wondering why ADT, which was the first to grow the cells in a lab, didn’t get the nod, it’s because the Pentagon stipulated that the RBCs had to be produced from adult stem cells.) Now, two years have passed, and the company has just sent its first batch of synthetic blood to the FDA. The company grabs the hematopoietic stem cells from discarded umbilical cords and deploys its proprietary Nanofiber Based System (NANEX) technology to expand them 250-fold. Afterwards, the cells are cultured in self-contained units rich in nutrients and growth factor that are meant to imitate the conditions within bone marrow, which induces them to grow into RBCs. (Like all RBCs, these artificial ones lack nuclei, which makes the cells more compact and prevents them from dividing too much and becoming cancerous.) Arteriocyte claims that it can squeeze out the equivalent of 20 units of blood from each umbilical cord, more than twice the amount of blood (6 units) a wounded soldier typically needs for a transfusion. At the moment, the company charges $5,000 a pop for each unit of blood that it produces—quite a bit, if you consider how many thousands of units the Pentagon would need to purchase regularly to satisfy demand. By ratcheting up the production process, it hopes to bring the cost per unit below $1,000, which, while still pricey, would make it a much more attractive alternative. To do so, the company really only has a few options: find more umbilical cords (probably not the case, unless we find a bunch sitting around), boost its technology’s ability to pump out more HSCs from the cords, or find a way to make the bone marrow-like chambers cheaper and more efficient. Even if the world doesn’t become populated by blood-drinkers, a la True Blood and Daybreakers, it’s not hard to see why cheap, readily available synthetic blood w0uld be appealing--not only for U.S. soldiers but for civilian patients around the world, particularly in developing nations. It may also eventually help in treating individuals with crippling blood disorders like sickle-cell anemia by providing them with “designer” blood cocktails.