Marijuana Munchies Are Driven By Heightened Sense of Smell 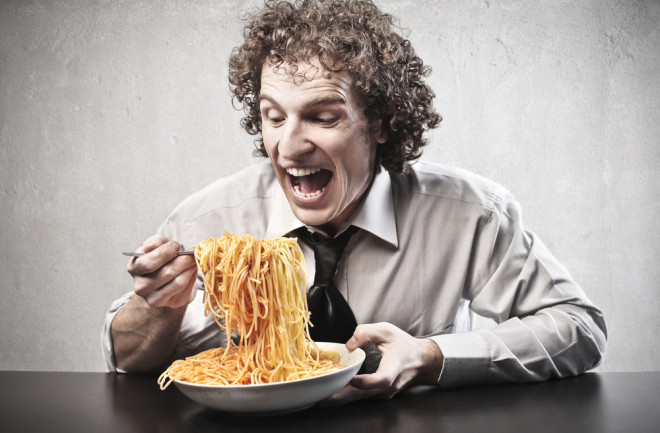 "The munchies" are one of the well-documented side effects of marijuana, driving many a midnight smoker to compulsive snacking. Now, for the first time, scientists have a complete understanding of why the drug leads to a refrigerator raid — and, they say, their findings could usher in new treatments for eating disorders from obesity to anorexia.

It turns out that the active ingredient in cannabis, tetrahydrocannabinol (THC), ramps up the sense of smell in mice, which in turn increases their drive for food, according to French researchers. Their findings were recently published in the science journal Nature Neuroscience.

Cannabis on the Brain

Scientists already knew that THC binds to a certain kind of receptor, called a cannabinoid receptor, in the brain. This blocks brain signals that tell us not to eat, thus making us hungry. However, smell also plays a key factor in stimulating appetite, and scientists didn’t how fragrance fit into the mix.

Researchers weren't looking at marijuana specifically. Rather they were curious if cannabinoid receptors played a role in heightening hungry people's sense of smell. In studies on mice, they found that famished mice ate much more when they were injected with THC than when they weren't. And hungry mice given THC but whose cannabinoid receptors had been turned off didn't eat any more than usual. Mice treated with THC also responded to fainter whiffs of banana and almond oils, signaling a heightened sensitivity to smell.

Therefore, the study suggests, Bob Marley tunes aren't the only thing getting turned up during a smoke session: Cannabis smokers’ sense of smell is heightened, which increases their appetites.

If the findings hold true in humans, they could yield novel approaches to treating eating disorders, by manipulating the link between smell and appetite in our brains. New obesity treatments could be possible, by interfering with cannabinoid signaling to reduce people's hunger drive.

(The drug company Sanofi-Aventis introduced just such a cannabinoid-blocking drug for obese patients in 2006, according to New Scientist, but it was withdrawn because it sometimes produced severe anxiety and depression.)

Conversely, a drug could enhance cannabinoid signaling for people who suffer from appetite loss, such as cancer patients. Something to think about the next time you catch a whiff of something delicious — your brain's natural cannabinoids are marching you toward the munchies.