Love Crowds Out Good Judgment in the Brain 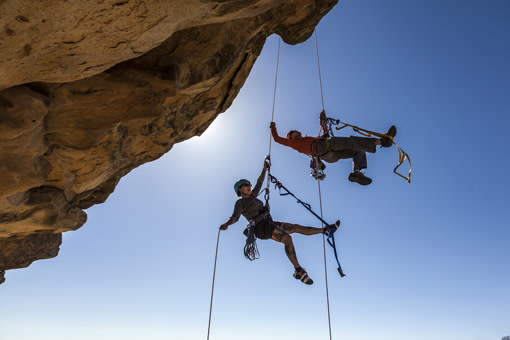 When’s the last time someone betrayed you? Do you think you’ll ever be able to trust that person again? That decision, whether to trust after betrayal, would seem to be a complicated one, relying on personal judgment and an assessment of the other person's character. But a new study shows it may actually be a lot simpler: we tend to forgive more the longer we've known someone. And the difference in our responses can be seen in our brains.

A team of researchers from the University of California Los Angeles and Stanford University decided to test how betrayals affect our trust, as well as how that trust ---or lack of trustimpacts our decision-making process afterward. First, the researchers gathered a group of volunteers and showed each volunteer a diagram - a “decision tree” - that explained a game they’d be playing. Each player in the game started with (an imaginary) $8 per round, and could make one of two choices: Keep the money for that round, or give it to the other player for “investment.” If Player 1 chose to keep the money, he or she would simply move on to the next round; but if Player 1 chose to entrust the $8 to Player 2, the money would be tripled to $24, and Player 2 would then choose whether to split the winnings down the middle - $12 for each player - or hoard all $24 and leave Player 1 without a nickel. Trust, in other words, was critical for success in this game. What the volunteers weren’t told, though, was that Player 2 wasn’t another human at all, but a piece of computer software. Some computerized Player 2s were programmed to split their winnings for many rounds, then suddenly betray their human partners without warning; whereas others were programmed to cheat the human players out of their shares early-on, then split the $24 in subsequent rounds. And as it turned out, these two different computerized behavior patterns led to two distinctly different response types in the human players’ brains.

As the researchers expected, players who'd had more trustworthy experience pre-betrayal were faster to recover their trust after the breach. More interestingly, the players’ brains, monitored by fMRI, responded in equally divergent ways. If the betrayal happened after only a few rounds, the human players’ brains showed stronger activation in a network of brain regions known as the “C-system” - specifically the anterior cingulate cortex and lateral frontal cortex - which previous studies have associated with methodical planning and error detection. If the betrayal happened after many rounds of trustworthy bargaining, on the other hand, the human players’ brains tended to show more activity in a region associated with as the “X-system” - specifically, the lateral temporal cortex - which previous researchers have found tends to be involved in habitual judgments. The researches reported their findings

this week in Proceedings of the National Academy of Sciences.

In short, says Oliver Schilke, a sociologist at UCLA who co-authored the paper, “Trust recovery is fostered when there’s more previous relationship experience... If the breach happens early-on in the relationship, your decision is likely to be based more on logical calculation; whereas if you’ve been in the relationship for a long time, you may turn to your old habits as you make your decision.” Image courtesy of Greg Epperson/Shutterstock