I've Seen the Future and it is Gentle 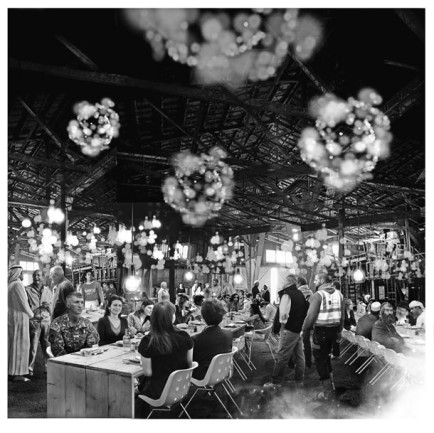 Who better to illustrate the audacious new world envisioned by philosopher and author Alain de Botton, in his recent book "Religion for Atheists: A Non-believer’s Guide to the Uses of Religion," than an architect? Mr. de Botton discovered architect Thomas Greenall at his graduate exhibit at the Royal College of Art, and commissioned him to create images to accompany the book.

The detailed plans include giant monitors in public squares showing images from the Hubble telescope, to remind us of our place in the universe, billboards to remind us of the importance of forgiveness, university departments dedicated to human relationships offering classes in facing illness, being alone and reconnecting with nature. Scaled renderings depict the Temple to Perspective, which shows the age of the earth in geological time, and "psychotherapeutic" travel agents that would pick a destination for you based on your psychological profile. Mr. Greenall:

"I think that many of the themes that I had begun to consider resonated with the way that Alain was thinking about his book. I felt that the primary ambition of the book was to investigate whether a secular society could learn some lessons from religious texts and from theist practice in order to achieve social cohesion. Working with Alain allowed me to build upon the work that I had already begun, and to develop the thinking in much more rigorous ways. Whilst the resultant designs were expressed purely as collaged images for use in the book, the projects were considered in a surprising level of detail."

Thomas Greenall has a vision of his own, a world where architecture is responsive to human experience in all its complexities, including our needs and fragilities. To do that, he says, "I would advocate a critical approach to design and I feel that this can ensure that architects actually serve the end user, rather than becoming complicit in the profit making agendas of developers and corporates." This is a world where buildings are created with emotional requirements in mind, not only codes and regulations. "I strongly believe that - if the profession is to retain credibility - there is a place for this way of thinking in the future. Architects need to be able to imagine new ways of living, rather than just new tectonics." Architecture would be more reactive, to keep up with the rapid changes in science and technology.

A secular descendant of the Eucharist and the tradition of Christian communal dining. 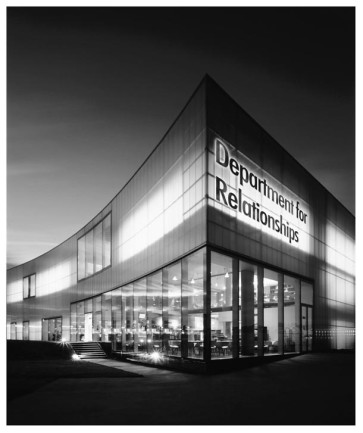 Department of Relationships. "A university alive to the true responsibilities of cultural artefacts within a secular age would establish a Department for Relationships, an Institute of Dying and a Centre for Self-Knowledge." -Alain de Botton 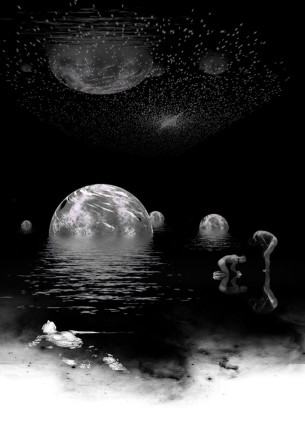 Constellation Pool. "A room larger than the Tate Modern's turbine hall, filled with a dark, oily liquid to amplify the perceived size of the space. A scaled version of the solar system is represented with "planets" semi-submerged in the liquid. The only light is provided by the floating globes and thousands of tiny LED lights which mark out star constellations and the orbits of planets." -Thomas Greenall 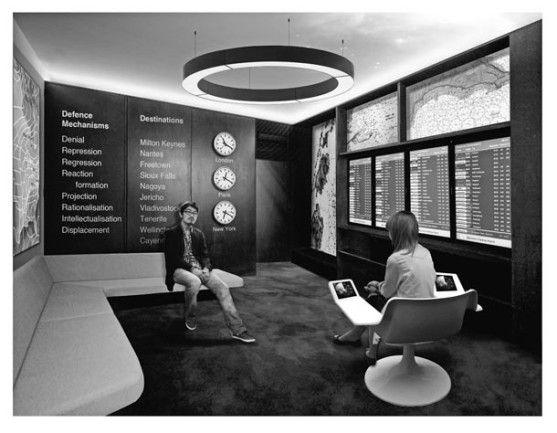 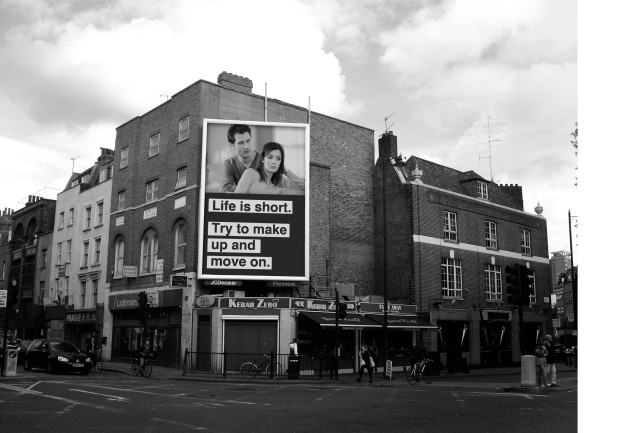 Billboard. An example of ethical advertising.