It's been a hectic year end, I've been overwhelmed with year-end stuff, and have been a bad, bad blogger. The good news is that I'm back at it now, but the fatalistic part of me asks "What's the point? Afterall the world is going to end in a couple hours." You've not noticed? Perhaps that's best, because it reduces the likelihood of widespread panic, but our Gregorian calendar ends at midnight December 31st! The obvious implication is that it's the end of the world! Clearly Pope Gregory XIII had advanced divinely-inspired knowledge of the coming cataclysm. At least that's the logic being used to advance the whole 2012 mythos. For both of you who haven't heard about this, 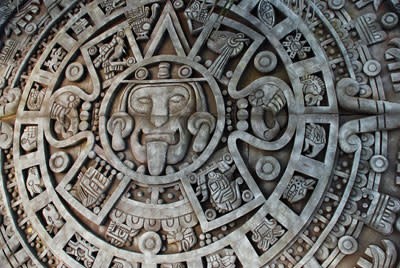 the ancient Mayan calendar ostensibly comes to an end in 2012, and there are no shortage of doomsayers who claim that the Mayans somehow had advance knowledge of the end of the world, and their calendar reflects this. With 2012 slightly over a year away, you can be certain that this is a topic to which we'll be turning here fairly regularly, even though it more correctly falls under the purview of "Fiction not Science". It's understandable, actually. From an evolutionary standpoint, it was practically yesterday that we hunted/gathered our own food, and lived in constant fear of being eaten by the saber toothed cat. So in some senses our bodies are still wired for a way of life that hasn't existed for several thousands of years. Most of us, with varying frequencies and intensities, still need to feel that primal surge of adrenaline. Some of us, myself among them, enjoy violent games like football, rugby, or hockey. Some of us, myself sometimes among them, get the ol' adrenaline pumping through extreme sports. Some of us, myself rarely among them, enjoy roller coasters (not a fan). Many of us in all the previous categories scare ourselves by watching horror or action movies. Some, myself definitely not among them, worry about the End of the World Scenario Du Jour. This is neither uncommon nor surprising, humans have worried about the end of the world since somebody first realized that it might, in fact, have an end. With 2012 now a year away, The End seems to be more of a player in the zeitgeist and is an ever-increasing topic of relevance in media and popular conversation. The popularity of my friend (and fellow Discover blogger) Phil Plait's book Death From the Skies: These are the Ways the World Will End speaks to this. Even mainstream media outlets like Fox News, LiveScience , and Fox News again, recently ran pieces examining end of the world scenarios (and even though the second Fox entry was about debunked scenarios for the End, it still implies that it's in the forefront of thought). Of course there was the movie 2012, but then again you can always count on Roland Emmerich to latch onto something like this and base a movie on it. 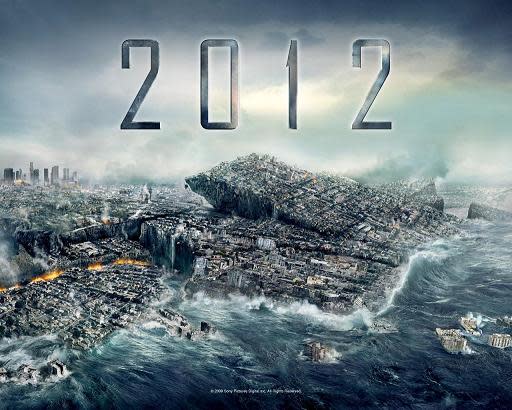 Mr. Emmerich's goal is simply to tell a good story, to make a film that makes him and his sponsors lots of money, and he's latched onto a formulaic way of doing it--one that feeds our primal need for adrenaline. As much as I find his films scientifically cringe-inducing, I simply won't argue with his success. This kind of science fiction is fun but, at the same time, nobody leaves one of his movies believing that they were predictive. There are others, though, whose goals are somewhat more grey, and who stand to gain by preying upon ignorance and our collective primal adrenaline addiction. While many legitimate scientists work to spread understanding (and you'll see a lot more attempts to do just that here in the future), and hence reduce anxiety, some opportunistic types propagate fear and disinformation on 2012 because they claim to know "The Truth". Really! Just buy their book

, or raise the hit count on their web site

and learn "The Truth" (despite what they're peddling is just as much science fiction as the works of Mr. Emmerich). I believe that these types of writings need to be examined and systematically debunked in as many places, and in as many ways, as possible (see also my recent diatribeblog entry

on science literacy). Scientists have our work cut out for us. Any astronomical event that will (or may) occur in 2012 is being rolled into the 2012 mythos-- from impacts to solar flares to tidal disruption from cosmic conjunction (I'm working on a post about the latter which you'll see in a day or two). Even the spectre of the return of the planetoid Niburu is being recycled

and that failed to occur

doesn't seem to dampen any of the doomsayers enthusiasm). In fact, in a cheeky case of verbage straight out of the book 1984, here are some awesome--from a comedic standpoint--Niburu calculation and predictions

--perhaps some critical thinking on the conservation of angular momentum is in order?). Does this mean that the world won't end in 2012? Absolutely not! Asteroid and 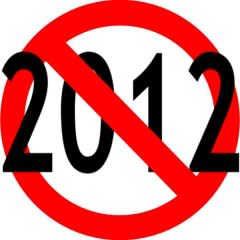 comet impacts, solar flares, and other astronomical hazards have threatened life on Earth for over 3.8 billion years. That said, events that threaten the existence of Earth, or its biosphere, are very low-probability ones--the odds of more than one occurring in a given year, multiplicatively less so. For those among us who'd prefer to get our adrenaline through alternate means than worrying about the end of the world, 2012 represents an excellent opportunity to calibrate our sources. In the runup to 2012 just pay attention to who has said what, and keep that in mind the NEXT time somebody (who's probably selling a book, video, or hyping their web site) predicts an astronomical end of the world. Keep that in mind after January 1st, 2013. Let me help you with that: it looks like even the Mayan Calander doomsayers were wrong, and the end of the Mayan Calendar may not be for another 50 years (or it may, in fact, have already happened)

. Sorry if that hurts book or video sales.