Is it Yanny, or Is It Laurel? Either Way, You're Right 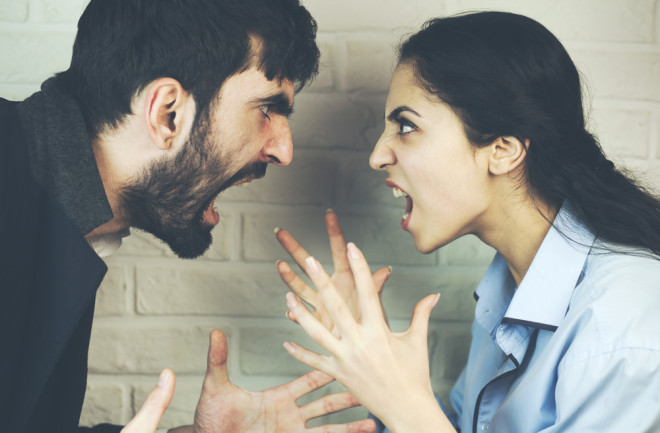 Yanny! Laurel! (Credit: Tiko Aramyan/Shutterstock)The infamous color-changing dress has been reincarnated in sound. An audio clip that recently surfaced online asks listeners whether they hear the word “Yanny” or “Laurel,” and somehow the world can’t decide between those polar opposites. It’s dreadfully reminiscent of the blue-and-black dress (fight me) that split the internet in 2015.

What do you hear?! Yanny or Laurel pic.twitter.com/jvHhCbMc8I

Though I definitely believed the dress was not white and gold, this time around I can sympathize with both sides. At first I was ready to take on anyone with the audacity to suggest the clip said “Laurel.” But after listening closer, I found I could toggle between hearing the two words.It was like I had an angel on one shoulder whispering “Yanny,” and a devil on the other murmuring “Laurel.” I thought I was going insane. But some Twitter theories validate my poor, deceived ears. It seems both words are present at different frequencies. The robotic voice saying “Yanny” is high-pitched, the one saying Laurel much lower. If you play the clip on a computer at a low frequency, you can isolate the word “Laurel,” and vice versa. This means the word you hear may depend on the device playing the sound.

But the phenomenon could also be the result of the individual ears involved. For example, when we’re young, our ears are more attuned to higher tones. As we age, we lose the ability to pick up on them and the spectrum of sounds we can hear shrinks toward the lower end.

You could say no one is quite wrong, in truth, we're all a bit misled. Thankfully, no wars need be waged over the “Yanny or Laurel” controversy of 2018. Those no-good, white-and-gold-dress-seeing rascals, on the other hand...