How to Plug in a Brain

Researchers are finding better ways for our neurons to talk directly to our computers. 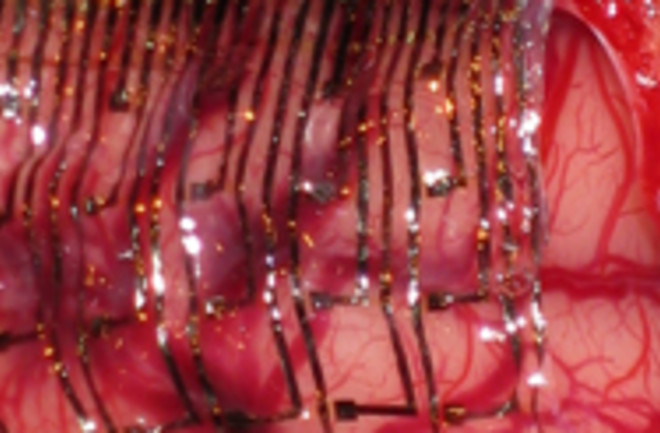 For tens of thousands of people suffering from paralysis or neurodegenerative disease, a direct connection to a computer could soon restore speech and even mobility. Neurologist Leigh Hochberg of the VA Medical Center in Providence, Rhode Island, is leading the second clinical trial of a brain-computer link called BrainGate. The system uses a sensor implanted into the motor cortex. Previous studies have shown that BrainGate can allow paralyzed people to perform simple tasks such as moving a computer cursor. The current trial will evaluate its safety outside the lab. Two people are already testing BrainGate at home, using the device to manipulate objects on a computer, and Hochberg hopes to recruit 13 more participants.

Although implants can be placed right next to the relevant neurons in the brain, they have drawbacks. Implants can inflame the surrounding tissue, and scarring can disrupt the connection between neurons and electrodes. A sensor developed by University of Pennsylvania neurologist Brian Litt could address those problems. It consists of electrodes embedded in a flexible plastic mesh that molds to the brain’s surface (but it does not penetrate the gray matter). Litt and his colleagues were able to record neural signals from cats’ brains for a few weeks without causing inflammation. Neuroscientist Gerwin Schalk of the New York State Department of Health has found that test sensors placed on the outside of human brains pick up signals that can identify spoken or imagined words. “The surface is a sweet spot,” he says.