How Much Detail Should a Presidential Candidate Spill? Your Answer Depends on Your Brain

Julie Sedivy is the lead author of Sold on Language: How Advertisers Talk to You And What This Says About You. She contributes regularly to Psychology Today and Language Log. She is an adjunct professor at the University of Calgary, and can be found at juliesedivy.com and on Twitter/soldonlanguage.When we tune in to the presidential debates, we want each candidate to tell us what his plan is, and why it will work. But how much information do voters really want? Should Romney unpack his five-point plan and carefully explain the logic behind it? Or should he just reassure us that he knows what he’s doing? Conventional wisdom has it that too much complexity can mark a candidate for premature political death. History offers up Adlai Stevenson as a prototype of the earnest intellectual who buried his presidential chances under mounds of policy detail—making him a great favorite of the intelligentsia, but too rarely connecting with the average voter. As the story has it, an enthusiastic supporter shouted out during one of his campaigns: “You have the vote of every thinking person.” To which Stevenson allegedly replied (presciently): “That’s not enough, madam. We need a majority.” The great challenge for candidates during a debate is that they’re not addressing “the average voter.” They’re addressing a mass of citizens with conflicting priorities, beliefs, values, and even different cognitive styles that shape how they evaluate arguments, and just how much detail they want to hear from those who would persuade them. 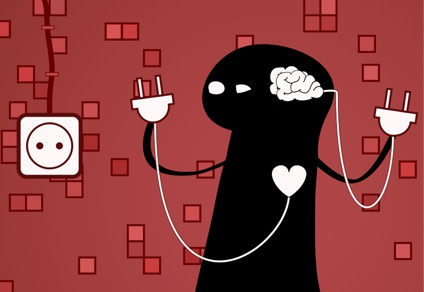 In the longstanding argument over whether voters are won over by candidates’ style or substance, the answer is undoubtedly: both. All of us rely on fast, intuitive modes of thinking (often called System 1 processing by psychologists) as well as slower, more deliberative evaluation (System 2 thinking). Some situations tilt us more toward one than the other. Anything that limits the sheer computational power we can devote to a task—for instance, watching the debates while at the same time following comments on Twitter—makes us depend more on quick but shallow System 1 processing. But put different people in the same situation, and some of them will be more likely to fall back on intuitive gut reactions while others will delve into deeper analysis. Some folks, it turns out, simply tend toward more mental activity more than others, and psychologists have found a way to measure this difference using the “Need for Cognition” scale, a questionnaire that contains queries such as: “I really like a task that involves coming up with new solutions to problems” or “I feel relief rather than satisfaction after completing a task that required a lot of mental effort.” A long line of research (much of it done by Richard Petty, John Cacioppo and their colleagues) shows that people who score high on Need for Cognition respond differently to persuasive messages than those who score lower. When superficial cues (like the attractiveness or apparent expertise of whoever’s making the pitch) are compared against the quality of an argument, these eager thinkers are more likely to ignore the shallow cues in favor of the stronger argument. People who fall lower on the Need for Cognition scale will often find a logically weak argument as persuasive as a strong one, especially if it comes from the lips of an attractive or knowledgeable person. In the face of such cognitive diversity, a sound strategy for a political candidate might be to make sure to control his style, body language, and general demeanor, andalso to have a good, strong argument, ready to appeal to both System 1 and System 2 thinkers. But a recent study in the Journal of Consumer Research by Philip Fernbach and his colleagues suggests that sometimes, a well-reasoned, complex, detailed argument can actually repel those inclined towards intuition. In their study, Fernbach and colleagues gave subjects a short test of three math questions, including the following: A bat and a ball cost $1.10 in total. The bat costs $1.00 more than the ball. How much does the ball cost?It’s a trick question: The answer that leaps to mind is $.10, but the correct answers is, of course, five cents. To get the right answer, you have to distrust and double check your first intuitive response, and the test (known as the Cognitive Reflection Test, or CRT) provides a quick way to measure how inclined people might be to take this extra cognitive step. In addition to the CRT, subjects also saw mock ads for products with varying levels of explanation for supposed benefits. For example, an ad for a bandage might have a very shallow explanation: “Bubbles increase air circulation around the wound, thereby killing bacteria. This causes cuts to heal faster.” Or, it might come with a much more involved explanation: “Bubbles push padding away from the wound, allowing air to circulate. Oxygen in the air interferes with the metabolic processes of many bacteria, killing them and allowing the wound to heal faster.” 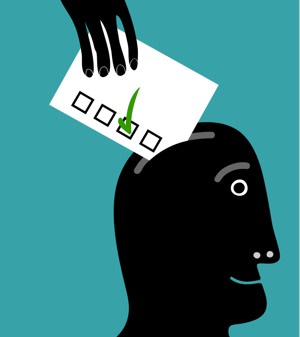 People who scored high on the CRT were more persuaded by the detailed explanations, and they understood them better. But those with low scores on the CRT—the impulsive responders who went with the instinctive answer—were less persuaded by the complex explanations than by the shallower ones, and they understood the shallowest explanations the best. The authors of the study think that people low on cognitive reflection react against complex explanations because they’re especially susceptible to feeling overly confident in their understanding, and being faced with a complicated explanation shatters this illusion. For example, many people claim that they understand how a toilet-flushing mechanism works, but this illusion is burst if they’re confronted with the task of actually drawing a diagram to explain the mechanism. Fernbach and his colleagues found that people who scored lower on the CRT were more likely to overestimate their understanding of a product after reading a very simple explanation, whereas people with higher CRT scores had a more realistic read on their own understanding. Hence, the shallower explanations may have been appealing not because some people actually gleaned more understanding from it, but because it allowed them to feel that they understood more. There’s a bit of distance between bubbles in bandages and the effects of tax cuts on the economy, and no one knows if people have the same tendency for overconfidence in those two types of situations. But if they do, it may help to explain why shallow explanations in a debate often feel very satisfying, especially if they deploy phrases that emotionally resonate. It’s easy to feel: “That makes sense.” But, as with the devious math problems in the CRT, a first intuitive response might be worth a closer look, and some people are more likely than others to have to dig deeper before they’re satisfied that they understand an issue. Audience targeting in political campaigns is becoming more sophisticated in every election cycle, and the infusion of mind-boggling amounts of cash into the process will probably accelerate that. Political messages are already tailored to the interests, values, and concerns of their target recipients, and it’s likely only a matter of time before they become tailored to their cognitive traits as well. In the meantime, the debates are some of the few moments we still have in a modern political campaign when candidates have to figure out how to talk to all Americans at the same time, regardless of their race, gender, education, political orientation—or thinking style.