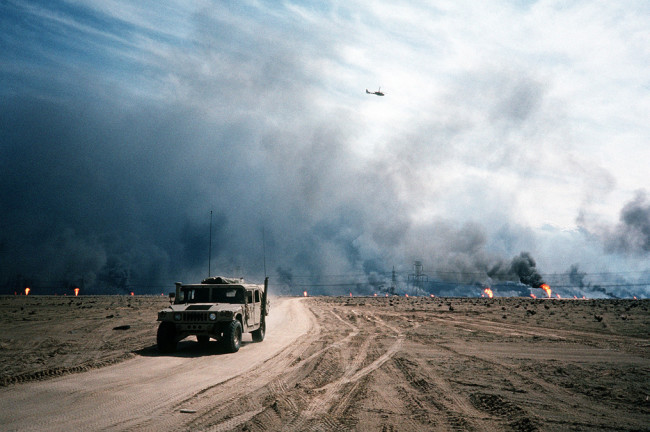 Turns out that Gulf War Illness may be in sufferers’ heads after all — specifically in the parts of their brains that process pain. For years, thousands of veterans who served in the 1990-91 Persian Gulf War complained of problems such as body pain, fatigue and cognitive dysfunction, but a cause for their symptoms remained elusive, and sufferers were often dismissed or given vague diagnoses. A new study

published online today reveals the first bodily proof of Gulf War Illness, as the collection of symptoms is popularly called: structural damage in the brain. This damage is not found in individuals unaffected by the disease. Researchers at Georgetown University Medical Center used diffusion tensor imaging, a type of functional magnetic resonance imaging, to scan the brains of 31 veterans with the illness and 20 control subjects. Unlike regular MRIs, this type of scan can reveal abnormalities in axons that carry nerve impulses between different parts of the brain. The scans showed the veterans in the study had significant axonal damage. In particular, damage to a bundle of axons called the right inferior fronto-occipital fasciculus correlated with the severity of pain and fatigue. This bundle of nerve fibers connects brain areas involved in the processing and perception of pain and fatigue. The bundle also carries signals of unexpected stimuli in the subject’s environment, which could explain other Gulf War Illness symptoms, such as increased vigilance and distractibility, according to the scientists. “The scans tell us these axons are not working in a normal fashion,” said lead author Rakib Rayhan, adding that the damage appeared different than axonal damage seen in people with other neurodegenerative diseases, such as multiple sclerosis, or those with major depression. The cause of Gulf War Illness remains unknown, though researchers suspect it may be linked to exposure to nerve agents and other toxic chemicals during the campaign. More than one-fourth of the nearly 700,000 veterans deployed during the Persian Gulf War have reported symptoms ranging from mild to severe. Scientists involved in the axonal damage study noted their findings require further investigation, but could lead to development of a therapy in the future. For the present, however, the study offers validation for Gulf War Illness sufferers, say the research team, many of whom have felt their symptoms were not taken seriously. Image by CW02 Bailey; courtesy Records of the Office of the Secretary of Defense / National Archives