Genetic Testing for Autism as an Existential Question

A special issue of the journal Narrative Inquiry in Bioethics features perspectives from various people who have experience with genetic testing. Many of the articles look interesting - with titles such as I Had Genetic Testing for Alzheimer's Disease Without My Consent. But my attention was drawn to one piece in particular, called A Sister, a Father and a Son: Autism, Genetic Testing, and Impossible Decisions. The author of the article has chosen to remain anonymous. The piece recounts how one autistic woman, the author's sister, was faced with a very personal ethical decision. 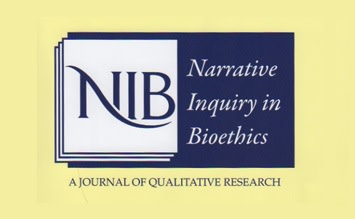 Anonymous writes that "my older sister has autism, and didn’t speak until she was 5 years old." Growing up, she was "fiercely protective" of her sibling, but also "knew what it had cost" her parents to care for and advocate for her. Therefore, when she became pregnant with her first child, being conscious that autism often runs in families,

I had already accepted the possibility of having a child with autism, even though my deepest hope was to have a healthy, normal child. In truth, my husband was more sanguine about having a disabled child than I was. This was no accident - I had the lived experience. But I had also married him in part because he was kind to my sister, a simple test I had used to assess peoples’ characters since the elementary school playground.

But then, the possibility of genetic testing was raised. Maybe it wouldn't be blind luck after all. During her prenatal medical checkup, a genetics team suggested that her sister have genome-wide microarray testing. This might, they said, reveal a mutation which could explain her autism. This was something of a long shot. The majority of autism cases are not associated with any currently detectable genetic cause. But if her sister did carry a mutation, it might in theory provide a clue as to possible treatments or preventive measures that could benefit the new baby (if, for instance, there was a metabolic deficiency.) It would also allow Anonymous to test the DNA of her fetus to see if it would carry the "autism" gene. Anonymous writes that she is herself a physician with a background in genetics, and that she was somewhat skeptical of this whole approach:

How much of the time were these extensive batteries of tests simply "fishing expeditions" without a clear sense of what they were looking for or why?

Nonetheless, she decided to consult with her sister.

I decided to put the question to my sister, Maria. Although she is autistic, she is of high intelligence, and holds a bachelor’s degree in biology herself... When I told her I was pregnant with her first niece or nephew, she was thrilled. I explained that the medical geneticists who consulted on my pregnancy were hoping she would consent to a test. Maria was excited to be an aunt soon, and was willing to do what she could to help my baby - even if what she was helping with was to avoid her own condition. I wasn’t surprised, but also hadn’t been sure how she would respond. She is high enough functioning to know some of what she’s missing in life, and has longed her entire life to be “normal.” If she could save her niece or nephew some of the pain and awkwardness her condition had caused her, she was willing to help.

On the other hand, Anonymous assured her sister that abortion was out of the question:

Maria is adamantly opposed to abortion on grounds of both religious belief and concern that eugenic terminations could limit support for the living disabled. There is also a personal reason. She was born before Roe v. Wade, and a very cruel person once told her that if abortion had been legal, her mother would have had one.

So Maria had the test - and it turned up nothing. Somewhat anticlimactically, the microarray showed no abnormalities. So the fetus was never tested for Maria's "autism gene" because no such gene was found. Anonymous concludes the piece by writing that her baby has now been born, and that, although he is still very young, her son shows no signs of autism. What struck me about this story is the way in which the prospect of the genetic test confronted Maria with a very personal decision: will you do something that might help prevent someone else becoming like you? Which amounts to: would you want someone else to have to live your life? Isn't this very close to the ultimate existential question: all things considered, would you wish to live your life over again?