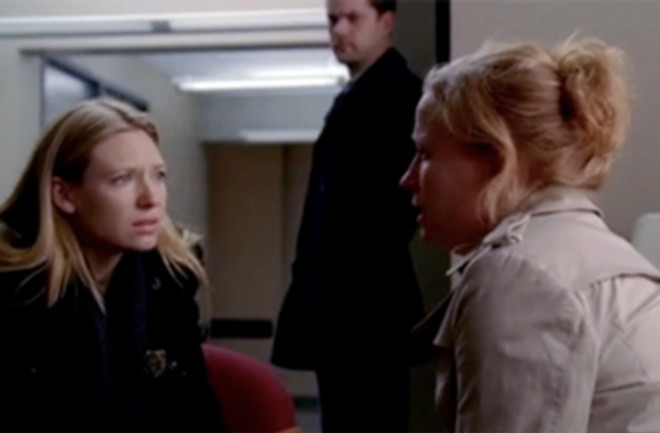 First, I want to assure anyone who's not been to New York City that Grand Central station is never as empty as it was in Tuesday's episode of Fringe. I've been there at 4 a.m., and even then, I've never been alone on the platform. I know it was a dream sequence, but I thought you should know. Moving on (and spoilers below). The linchpin of the episode was a character who, thanks to the experimental and fictional) Cortexifan treatment he received as a child, developed the ability to spread his emotions to people nearby. When he's depressed and considering suicide, a nearby person might consider, say, jumping in front of the No. 7 Train (which is the most reliable train in New York. Again, just trying to be helpful here). Obviously, here in the real world, emotions can't be aggressively spread to random strangers...well, unless they're looking at you...and talking to you... and generally interacting with you. OK, they can be spread to random strangers, just less strongly. There's a tower of research amply demonstrating that human groups respond to each other's emotional moods. We read other people for facial expressions, posture, and gestures and we respond by modifying our own responses to fit theirs. The tone and word selection of people we are talking to also influences our moods, especially when these people use strong negative terms like "hate" or "awful." Recent research even shows that these emotional cues other people give off trigger different reactions in the parts of our brains that govern emotional response. But those are all small group or person-to-person interactions. In December, Harvard and UC-San Diego scientists published findings showing that happiness can even spread across large groups. Their 20-year study of 4,739 people, they showed that happiness spread across different small group sub-units of the larger sample. A happy person could affect the moods of people with three degrees of separation. But in Fringe we understand that the reverse-empathetic effect is caused by Cortexifan, an experimental drug from Walter Bishop. As yet, there are no drugs that amplify our ability to impose our emotions on others, but there's a whole class of them that do amplify our ability to respond. Entactogens or empathogens (the debate rages over the proper name) are a whole class of drugs that improve our ability to empathize with those around us. The most famous member of this group, Ecstasy, has been heavily studied for its legendary ability to make people love one another, which is why it gets the fabulous nickname, the Hug Drug. You know when a nickname makes it's way into scientificpapers, it's fabulous. Also, no longer cool. Again, just trying to help.