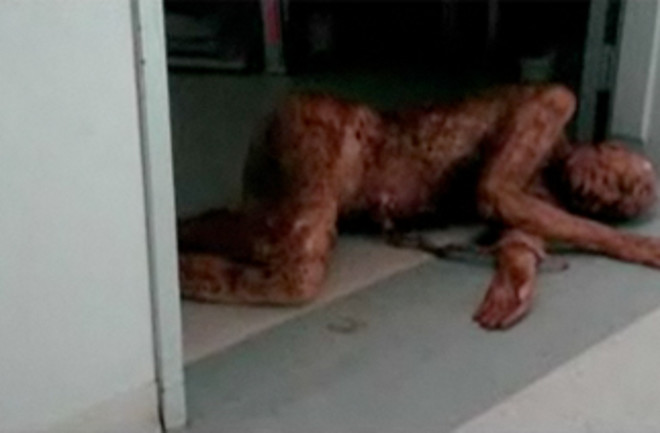 Fringe, J.J. Abrams' (of Lost and Alias fame) latest show, last night featured the unintended fall out from an attempt to grow humans in tanks. Since the goal of the original attempt was to produce fully grown soldiers, bypassing the normal wait time of 9 months plus 18 years, some liberties were taken with growth hormones in order to accelerate aging. Thus fall out, such as a baby that goes from conception to death of old age within a few hours. Growing human beings outside the confines of a real uterus--ectogenesis--has been a staple of science-fiction since at least Aldus Huxley's Brave New World: it was a critical element in The Matrix, and even featured in a recent Doctor Who episode. It's also been a staple of real science for some time: in 1996, Japanese researchers were able to keep goat fetuses alive and developing for 3 weeks in their artificial womb. In 2002, researchers at Cornell were able to keep human embryos alive and developing for several days, after which the experiments were terminated to stay within embryonic research ethics rules. This real research is driven by the desire to help childless people, or dangerously premature babies, and not, say, a hankering for a super-soldier production line. But if the day comes when we can produce a child with just a smear of genetic material and a machine, then we will have to do some deep thinking. On the one hand, this kind of technology could allow us to colonize distant star systems (instead of trying to keep humans alive for hundreds of years of interstellar travel, send a robot and some DNA), while on the other it could lead to the creation of an entirely new underclass of humanity, a la the "tanks" of Space: Above and Beyond.

More From Discover
Environment
Rewilding Could Benefit Ecosystem in American West, New Study Says
Health
Delta-8-THC Promises to Get You High Without the Paranoia or Anxiety
Health
Experts Are Moving Past the Disease Model of Addiction
Planet Earth
4 Ways Climate Change Is Already Taking a Toll
Health
Denying Abortions Can Negatively Impact a Woman's Future Well-Being
The Sciences
Study Probes How to Change Societal Behavior for the Better
Recommendations From Our Store
My Science ShopDiscover STEM Kits
My Science ShopDiscover 2022 Calendar
My Science ShopStrange Science
My Science ShopElements Flashcards
Shop Now
Stay Curious
Join
Our List