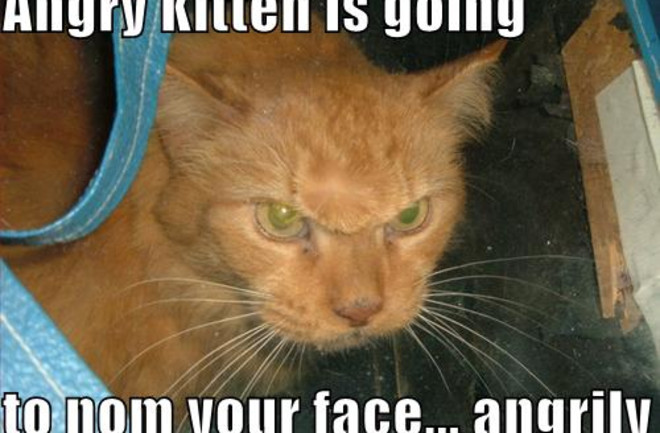 Photo: I Can Haz Cheezburger?Let's face it--anger is a very real part of everyday life these days. And evidence is piling up that it has very real effects on our health. But how is that evidence gathered? How do researchers collect well-controlled data on how anger changes our physiology? Well, one way is by experimentally inducing anger. And to do that, it sounds like these researchers may have just taken a tip from one of those companies well known for their lack of customer service: “In the harassment condition, EXP2 entered the room after the first minute of the task, claiming that the task should be started over, since the measurements pointed out that the subject did not perform properly. It was stressed that the subject should concentrate and sit still, or otherwise, things would go wrong again. After every next minute of the task, a standardized harassing comment was made through the intercom at an irritated tone, like: ‘can you not sit still now, we have lost time already,’ or ‘it is not going very well; push the button again.'” Yup... that would do it!Experimentally induced anger, cardiovascular reactivity, and pain sensitivity. “It was investigated whether an angry state, induced by a computer task with harassing comments [see above], would lead to a decrease in cold pressor pain threshold and tolerance in comparison to a neutral situation. It was hypothesized that an increase in cardiovascular activity might partially mediate effects of anger. Furthermore, it was examined whether subjects given the opportunity to express anger would show reduced cardiovascular activity and pain report compared to subjects not given this opportunity.Finally, trait measures for anger expression style and hostility were included. The results show an increase instead of the expected decrease in pain tolerance for subjects in the harassment condition compared to those in the neutral condition. While cardiovascular reactivity was positively related to pain threshold and tolerance, increased anger was associated with increased pain report. It is suggested that anger and cardiovascular reactivity may have important but sometimes opposing influences on pain.” Related content: Discoblog: NCBI ROFL: Want to make your Africanized honey bees more aggressive? Get ‘em drunk! Discoblog: NCBI ROFL: Proof that NCBI ROFL reduces aggression! Discoblog: NCBI ROFL: Snappy answers to stupid questions: an evidence-based framework for responding to peer-review feedback.