Flashback Friday: Have a song stuck in your head? Here’s how to get rid of it. 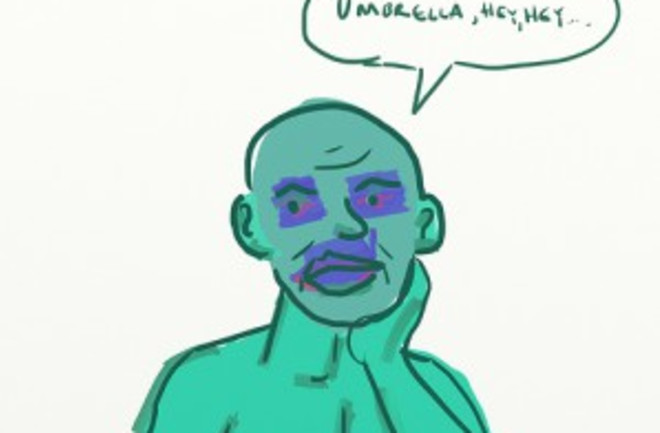 Photo: flickr/jonny goldsteinWe’ve all experienced it: the dreaded “earworm,” in which a song keeps playing in your head long after you’ve heard it on the radio. The causes of this phenomenon are still unclear, although studies suggest that random events, sounds, and thoughts may be to blame, and it might happen more often when we are thinking too much or too little. But more important is knowing how how to get rid of this “involuntary musical imagery”–especially when you’re already sick of hearing “Royals” on the radio, much less in your head. In this study, researchers surveyed a group of British subjects about how they get rid of earworms. The most common approaches were either exposure therapy — that is, listening to the song in question — or distraction. Interestingly, listening to a “cure tune” was a common approach, and the same cure tunes were actually reported by multiple people in the study. The top song? “God Save the Queen”, followed by “Karma Chameleon”, “Happy Birthday”, “Theme to the A-Team”, “Kashmir”, and “Sledgehammer.” But how did they get “Karma Chameleon” out of their head?Sticky Tunes: How Do People React to Involuntary Musical Imagery? “The vast majority of people experience involuntary musical imagery (INMI) or ‘earworms’; perceptions of spontaneous, repetitive musical sound in the absence of an external source. The majority of INMI episodes are not bothersome, while some cause disruption ranging from distraction to anxiety and distress. To date, little is known about how the majority of people react to INMI, in particular whether evaluation of the experience impacts on chosen response behaviours or if attempts at controlling INMI are successful or not. The present study classified 1046 reports of how people react to INMI episodes. Two laboratories in Finland and the UK conducted an identical qualitative analysis protocol on reports of INMI reactions and derived visual descriptive models of the outcomes using grounded theory techniques. Combined analysis carried out across the two studies confirmed that many INMI episodes were considered neutral or pleasant, with passive acceptance and enjoyment being among the most popular response behaviours. A significant number of people, however, reported on attempts to cope with unwanted INMI. The most popular and effective behaviours in response to INMI were seeking out the tune in question, and musical or verbal distraction. The outcomes of this study contribute to our understanding of the aetiology of INMI, in particular within the framework of memory theory, and present testable hypotheses for future research on successful INMI coping strategies.” Related content: NCBI ROFL: National anthems and suicide rates.NCBI ROFL: Gibbons singing on helium. For science.NCBI ROFL: Head and neck injury risks in heavy metal: head bangers stuck between rock and a hard bass.