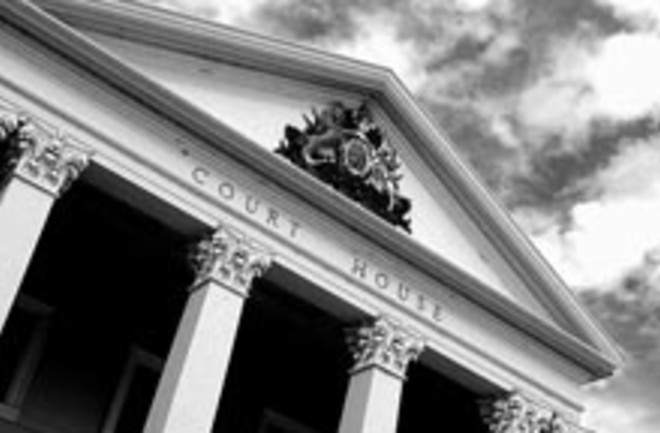 A federal judge overseeing a case in Tennessee has rejected the use of functional MRI brain scans as evidence of a person's veracity in court proceedings. As DISCOVER noted before, the Tennessee case follows one in Brooklyn where the judge also said no under New York State law. Together, the two rulings mean it could be a long time before lawyers can admit brain scans as evidence of truth-telling in courts.

Lorne Semrau was seeking to include the results of scans as part of his defense in a Medicare and Medicaid fraud case being heard in a federal court in Tennessee. But while Judge Pham agreed that the technique had been subject to testing and peer review, it flunked on the other two points suggested by the Supreme Court to weigh cases like this one: the test of proven accuracy and general acceptance by scientists [ScienceNOW].

Proponents of fMRI lie detection claim that monitoring a suspect's brain while he answers questions about his behavior and the allegations against him can reveal whether he's answering honestly or lying. But while the utility of fMRI brain scans is accepted in many areas of brain research, most neuroscientists say their usefulness as lie detectors is still an open question. Wide acceptance among scientists is also a part of the New York standard with which Judge Robert H. Miller rejected fMRI as evidence in the Brooklyn case. So while fMRI lie detection experiments continue to undergo peer review, the technique likely won't become admissible evidence anywhere until the scientific community begins to accept that such scans really could identify honesty at a reasonable level of confidence. Besides the so-called "Daubert" standard for admitting scientific evidence, Judge Pham also included in the Tennessee decision a more damning dismissal of the brain scans that the defense had tried to introduce to bolster its client's credibility:

Rule 403 of the Federal Rules of Evidence provides for the exclusion of evidence “on Grounds of Prejudice, Confusion, or Waste of Time.” In applying rule 403 to this case, Pham compared Semrau’s situation to the case law surrounding polygraphs that are obtained by defendants unilaterally, saying they presented “similar issues.” In those cases, courts did not look kindly on tests performed solely to bolster the credibility of the witness without both prosecution and defense having been involved [Wired.com].

—the company that did the fMRI scans in both cases—did three scans in the Tennessee case and got one scan that disagreed with the other two. That didn't exactly bolster the credibility of the evidence. Judge's Pham ruling isn't binding on other cases; other judges will have the opportunity to consider fMRI as lawyers continue to try to introduce it. But with this stiff rejection at the federal level providing legal precedent to say "no," it could be a while before any judge says "yes." However, even Pham says that day could come. He writes in his opinion:

"In the future, should fMRI-based lie detection undergo further testing, development, and peer review, improve upon standards controlling the technique’s operation, and gain acceptance by the scientific community for use in the real world, this methodology may be found to be admissible even if the error rate is not able to be quantified in a real world setting.”

Discoblog: I'm Telling the Truth, Your Honor. Just Look at This Brain Scan!

More From Discover
Mind
Weed Might Not Make You Creative After All
Mind
How Does Alzheimer's Disease Lead to Death?
Mind
Calming Kids With Electronics May Affect Emotion Regulation Skills
Mind
Gut Bacteria's Role in Anxiety and Depression: It’s Not Just In Your Head
Mind
How Failing Could Actually Help us Succeed
Mind
Can Playing Video Games Make You Smarter?
Recommendations From Our Store
My Science ShopDiscover STEM Kits
My Science ShopDiscover 2022 Calendar
My Science ShopStrange Science
My Science ShopElements Flashcards
Shop Now
Stay Curious
Join
Our List