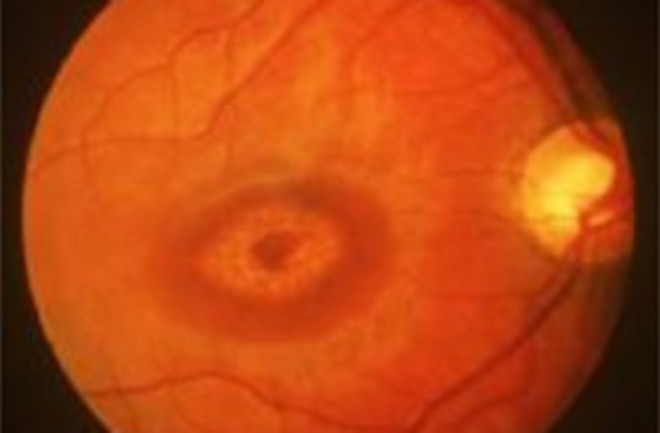 Embryonic stem cell treatments are finally breaking out of the lab and arriving in the clinic. In October, the first federally approved trial of a treatment derived from these controversial cells got underway in patients with spinal cord injuries. Now, the FDA has approved a second trial, this one to test a treatment for a rare disease that causes serious vision loss or blindness. The company behind the trial, Advanced Cell Technology, will test the safety and efficacy of the treatment on 12 patients.

The trial will examine the safety of a therapy for Stargardt’s Macular Degeneration, an inherited juvenile eye disease affecting an estimated 1 in 10,000 young people in the US. As the disease progresses, a layer of the retina called the retinal pigment epithelium (RPE) degenerates, causing vision loss. It's hoped the new therapy would also work for other types of macular degeneration, a widespread cause of blindness, particularly in the elderly. [Nature blog]

that in animal tests of its stem cell remedy, rats regained near-normal vision without suffering any adverse effects.

The company has turned human embryonic stem cells into retinal pigment epithelial cells, which will be surgically implanted into the eye. The hope is that the implanted cells will replace those injured by the disease.... Embryonic cells can also form tumors if injected into the body. Dr. Robert Lanza, chief scientist at Advanced Cell, said the company had to prove to the F.D.A. that its retinal cells contained virtually no residual embryonic stem cells. It took a year for the company to get clearance for the trial from the F.D.A. [New York Times]

, where foreign antigens can be tolerated and needn't produce an immune response; that means that patients may not have to take antirejection drugs after receiving the transplant of stem cells. Stem cells aren't the only promising treatment for vision loss and blindness, though--other researchers are testing out gene therapy, microchips, tiny telescopes, and more. Check out the most promising techniques in the DISCOVER slide show, 8 Ways to Restore Eyesight to the Blind

. Related Content: DISCOVER: 8 Ways to Restore Eyesight to the Blind

80beats: Microchips Implanted in Retinas Restore (Some) Eyesight to the Blind

Image: Scottish Sensory Centre. The image shows the damaged retina of a patient with Stargardt's disease.