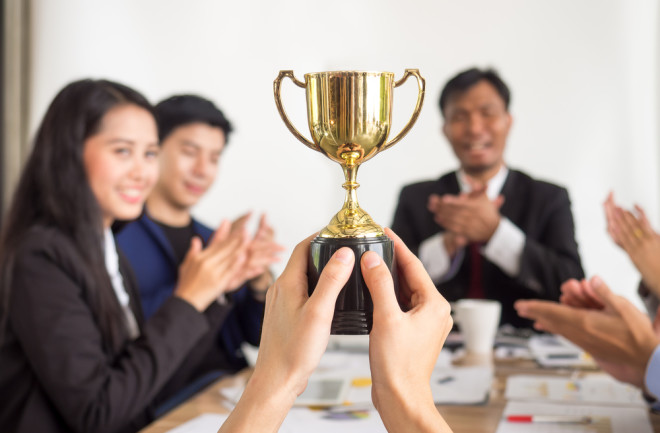 (Credit: Shutterstock) It’s just after lunch. You’ve got an assignment due soon, but you’re sleepy and would rather mindlessly browse the internet. How will you find the motivation to get going and actually finish the thing? A new study suggests getting a reward for your work sooner rather than later can help boost your interest in and enjoyment of the task at hand. The paper, published in the June issue of the Journal of Personality and Social Psychology, consists of a series of experiments. They were all designed to test how the timing of a reward impacts a person’s intrinsic motivation — the internal drive that stems from genuinely enjoying the process of doing something.

In one of the experiments, the researchers tasked people with flagging the differences between two images. Some people were told they’d get a reward right after they finished; others went in thinking they wouldn’t get anything until a month later. Then, the researchers told everyone that, just kidding, they wouldn’t get their bonuses after all. The immediate reward group saw 20 percent more people sticking with the task compared to the delayed-reward group. In another experiment, the researchers wanted to know if the size of a reward would outweigh the effects of when someone got that reward. In a reading task, people were assigned to different groups: Some would get a reward pretty quickly, while another group would have to wait. Others were supposed to get a beefier bonus than another group. Yet again, researchers pulled a fast one and took back their promise of a bonus. https://www.youtube.com/watch?v=MqiiCD7ECVk&feature=youtu.be&t=21 It turns out timing matters more than size: The group that was supposed to get an immediate bonus saw 35 percent more people carrying on with the task, even after their chance at a bonus was taken away. But the group that was supposed to get a bigger bonus only saw 19 percent more people persevere. The main takeaway is that it’s possible to up people’s levels of intrinsic motivation — we just need some immediate rewards for our work. That might not sound like the most earth-shattering revelation, but it’s a valuable insight, especially in the corporate world. “The idea that immediate rewards could increase intrinsic motivation sounds counterintuitive, as people often think about rewards as undermining interest in a task,” said Kaitlin Woolley, one of the study’s authors, in a press release. “But for activities like work, where people are already getting paid, immediate rewards can actually increase intrinsic motivation.” And if your manager doesn’t agree, well, at the very least, you can treat yo self.