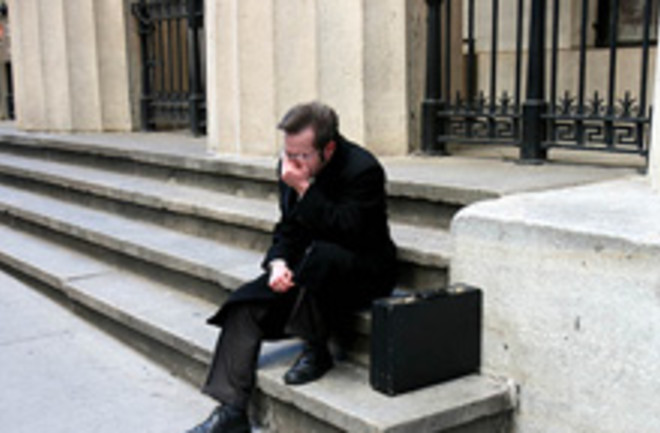 When people are given "expert" financial advice, the decision-making parts of the brain shut down, a small new study has found. Brain scans of 24 volunteers showed that claims of expertise were found to suppress activity in the neural circuit linked to decision-making [Telegraph]. "It's almost as if the brain stops trying to make a decision on its own" [CNN], said lead researcher Gregory Berns. In the study, college students connected to MRI scanners were asked to choose between taking a guaranteed payment and gambling for a higher payoff. Some made the decision on their own, while others were given written advice that they were told came from an economist who counsels the U.S. Federal Reserve. The advice was intentionally poor, and urged students to accept the guaranteed small payments rather than gamble with good odds for a much higher return. When thinking for themselves, students showed activity in their anterior cingulate cortex and dorsolateral prefrontal cortex — brain regions associated with making decisions and calculating probabilities. When given advice from [the economist], activity in those regions flat lined [Wired]. The students who received the advice tended to follow it. Says Berns: "Normally, the human brain uses a specific set of regions to figure out the trade-offs between risk and reward, but when an 'expert' offers advice on how to make these decisions, we found that activity in these regions decreases" [CNN]. It’s generally assumed that the brain integrates advice with its own information before making a decision. But "if that were true, we'd have seen activity in regions that track decisions. But what we found is that when someone receives advice, those relationships went away" [Wired], said Berns, whose study is published in the journal PLoS ONE. The results reflect our natural tendency to defer to experts, that Berns argues is a product of our evolution as social animals  [CNN]—a conclusion that may contradict, with no explanation for the discrepancy, another recent study which found that people do not take advice from others, despite even strangers’ ability to predict how a person will react to new experiences more accurately than the person himself. While Berns has not claimed that the findings can explain the entirety of the world's current financial crisis, he does feel that banking chiefs need their heads examined. "Frankly, we should have everyone in the finance industry submit to brain scans" [CNN]. Related Content: 80beats: In Terms of Enjoyment, Other People Know You Better Than You Do 80beats: What Does the Economic Crisis Mean for the Green Tech Sector?