Employees Trust Each Other More in Competitive Workplaces 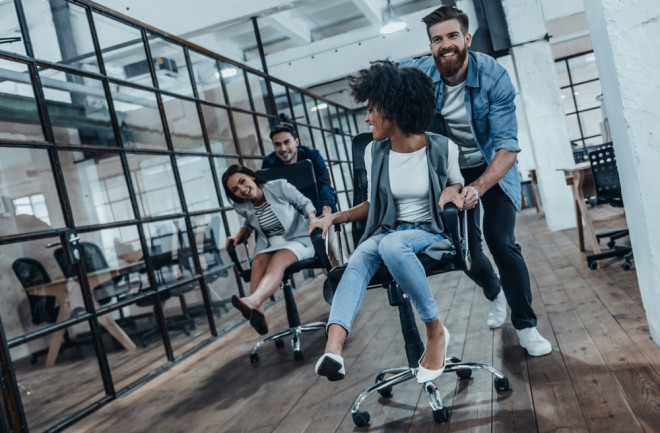 Firms in competitive industries are often seen as cutthroat and intense places to work. But while the work might be intense, the employees tend to trust and cooperate with each other, according to a study published Wednesday in Science Advances. The high stakes appear to bring about group cohesiveness, which might have deep evolutionary roots.

The Canadian and American researchers examined several workplace surveys for America, such as the US Census of Firms and the North American Industrial Classification System, and for Germany, they used the Herfindahl index, which measures firm size and industry competition. Within these surveys, they found statistics on the level of competitiveness in various industries based on mathematical formulas.

Researchers also looked at surveys in America and Germany with info on where people work so they could pinpoint workers in competitive and noncompetitive industries. Finally, they examined questionnaire responses from thousands of Americans and Germans in a variety of industries, looking for answers to a specific question: How much do you trust your co-workers?

The most competitive industries were full of people who trusted their fellow employees. Normally we think of law and financial firms as highly competitive, but sales industries also rank high. The study showed, for example, that used car salespeople, who often get a bad rep, are quite nice and respectful toward each other.

“I was pretty shocked to see just how strongly things panned out across the different data sources,” says Patrick Francois, an economist at the University of British Columbia and lead author of the study. “No matter how you cut it, individuals who worked in more competitive sectors had higher levels of generalized trust.”

The researchers then recruited 20 people to take part in experiments at the Paris School of Economics that measure trust in a group context. People in competitive games showed greater trust for fellow group members than those playing noncompetitive games. “I didn’t expect things to all line up that clearly,” says Francois.

Francois says the study suggests that social selection is taking place in highly competitive fields. It appears that getting along and trusting coworkers offers an advantage to workers in these industries. In less competitive fields (perhaps in packaging or welding) it simply doesn’t matter if coworkers get along well.

Selecting for Being ‘Nice’

But something else is going on, as well, and it’s a little dark. Our evolutionary past has equipped us with abilities to quickly determine group norms, and then we fall into place. If the group is helpful and caring, newcomers tend to adopt that attitude. If a group is back stabbing and petty, newcomers adopt that, too.

It just so happens that being nice works in competitive industries.

“Evolution endowed us with the tendency to be norm followers,” Francois says. “However, it didn’t equip us to follow specific norms. Individuals could just as easily follow ‘nice’ or ‘nasty’ group norms. Competition across firms helps select for ‘nice’ norms.”