Eleventh Hour: VX Gas And How to Survive it 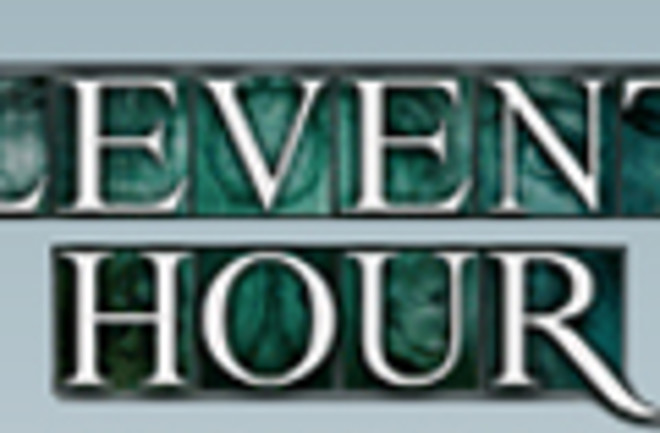 Terrorism pops up all over science fiction, and last night's episode of Eleventh Hour was no exception with terrorism featuring VX gas. The plot focused on a group of white converts to Islam (thank you, Hollywood, for reinforcing that stereotype. We're all painfully aware of the dangers of lunatic jihadists, but let's not become so fixated on that that we blind ourselves to the fact that as, say, Oklahama and Belfast demonstrated, terrorists can have sorts of religious faiths, including agnostic and Christian, while simultaneously tarring all Muslims with the same brush). The terrorists plan to take over a theater full of kids and hold them hostage. The weapon they intend to hold over their heads is VX nerve gas, more or less considered the deadliest chemical weapon in the world's arsenals. It's the same stuff Ed Harris was smuggling in The Rock, and one of the weapons Saddam Hussein used on the Kurds. VX gas is, by most experts' account, the most deadly chemical weapon yet invented. It's so potent that when the British invented it in 1952, the Americans were willing to trade away nuclear secrets to learn how to make it. We see nerve gas often enough on TV and the silver screen that it's worth understanding out just how it works. VX gas can be deadly when ingested or when it makes contact on the skin. Depending on how much exposure a victim has suffered, it can kill in 10 minutes or a couple of hours. It functions by interfering with the break down of acetylcholine in the muscles. Normally when a nerve fires, acetylcholine is released to cause the muscle to contract. After the contaraction, an enzyme is released to break down the acetylcholine, allowing the muscle to relax. The phosphorous in the VX gas bonds with the enzyme, causing the acetylcholine to stay in place, leading to muscle contractions and spasming. Death can result from asphyxiation, but also from the victim harming themselves while in convulsions. In the show, the brilliant Dr. Hood comes upon a victim seconds after she has been exposed to the chemical. He does exactly the right thing: He triggers the emergency shower immediately, stripes off the exposed clothing and gets as much of the VX off her as possible. The poison can be countered with an antidote, so people exposed to the gas can be saved if they're treated in time. They're only hope is that their exposure is low enough that they can get to the hospital. A high dose can kill in 10 minutes, a low one might take hours to kick in. VX, even in gas form, is heavier than air, so the key to surviving it is to get to fresh air and high ground (which means you have to do the opposite of what you would do in case of a dirty bomb or atomic explosion, where the goal is to avoid radioactive fallout by going inside and staying on the lower floors, as fallout can settle on roofs, so make sure you can tell your apocalyptic scenarios apart!) This public service message brought to you by Science Not Fiction. You may resume normal activity.