Dyslexia Decoded in the Brain 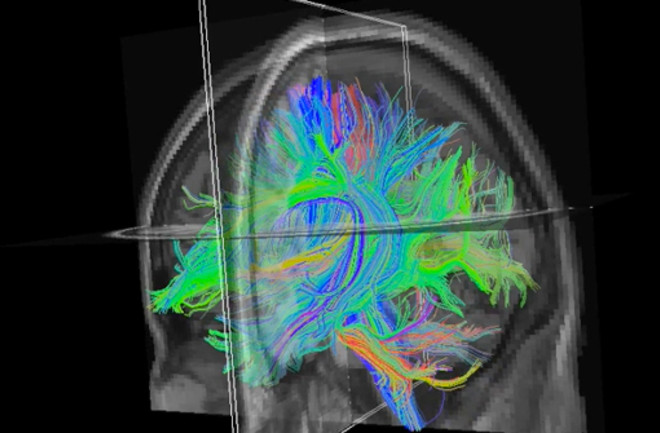 3D image of a dyslexic adult brain from the study. Image credit: KU Leuven, University of Leuven Dyslexia affects about one in ten people of all ages, inhibiting their ability to read and spell. In our language-driven world, that's a real problem. Researchers have long debated the brain basis of the condition, and a new study provides a pretty convincing answer. Language is built of little individual sounds called phonemes. During language development, the brain learns how to identify these sounds and distinguish between them, correcting for variations in tone, accent, etc. Then the brain must learn how to arrange these individual pieces into very specific combinations called "phonetic representations." This is where the breakdown is thought to occur in the dyslexic brain. As described in Science,

For the past 40 years, researchers have thought that people with dyslexia don’t develop precise “phonetic representations” and thus can’t recognize fine distinctions in language. The distorted representations, like smudged words in a dictionary, might not be evident in everyday speech, but they could make learning to read and spell quite difficult, especially for words that don’t follow obvious spelling or pronunciation rules, such as “bough” and “cough.”

So the decades-long debate has been this: are the brains of people with dyslexia unable to develop these representations, or are they just unable to access them? In other words, does the breakdown occur in the brain's processing or its internal communications? This study was designed to find out. Researchers used fMRI to take 3D pictures of the brain activity of 23 adults with severe dyslexia and 22 without. Participants listened to a series of nonsense words spoken with different intonations. Each word was made up of alternating consonants and vowels, like "baba," "dada," and "dydy." With each new word, the task was for participants to identify the difference between it and the previous word in the series---Did the consonant change? The vowel? Or both?

When the scientists analyzed the patterns of brain activity and connectivity they found that dyslexic individuals' brains were able to process the words as well if not better than the controls, but they were 50 percent slower at responding. This appears to be due to poor coordination between their auditory cortices (the areas responsible for processing basic phonemes) and their Broca's area (the region that processes higher-level language). The weaker the connection between these two regions, the slower the individual's response. It's too early to tell whether this study finally settles the debate over dyslexia's brain basis, but the researchers are hopeful that it is at least a step toward understanding and therefore treating dyslexia. The study, published in Science, suggests that perhaps someday electrical stimulation of the brain could provide a therapeutic treatment for people with dyslexia.