Don't Give Up! Babies Learn Persistence from Adults 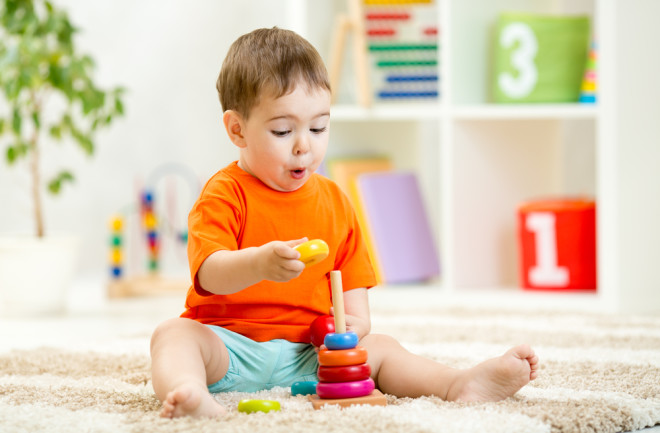 (Credit: Shuttershock) You’ve probably heard the phrase, “Don’t give up.” I do, from my mom, all the time, and she’s always led by example. A new study from MIT shows she likely taught me persistence, just from my observing her. The study reveals that kids as young as 15 months can learn persistence from adults. Of course, this also means adults setting not-so-good examples for kids could be inspiring that same behavior in them. This study is apparently the first that shows children this young can be taught these lessons.

According to the study, published Thursday in Science, personality traits are relatively stable and instilled at a young age, while grit can vary. But at what age might kids begin learning grit and when to use it? To find out, researchers conducted an experiment with 15-month-old babies. Some babies saw an adult quickly achieve their goal, while others saw an adult struggle a bit before achieving their goal. Infants who watched the adult swiftly get a toy to work, still tried, but not as many times as the babies that observed the struggling adult. “There wasn’t any difference in how long they played with the toy or in how many times they tossed it to their parent,” said Julia Leonard, the first author of the paper, in a news release. “The real difference was in the number of times they pressed the button before they asked for help and in total.” Based on the study, babies who witness grit demonstrate more grit, and effort allocation can be learned from a young age. The researchers hope their findings will help guide parents when it comes to teaching children the value of effort, according to a news release. The next time you’re struggling to open a jar and want to curse it open, just keep plugging along — you might just be passing down a valuable lesson to a child.