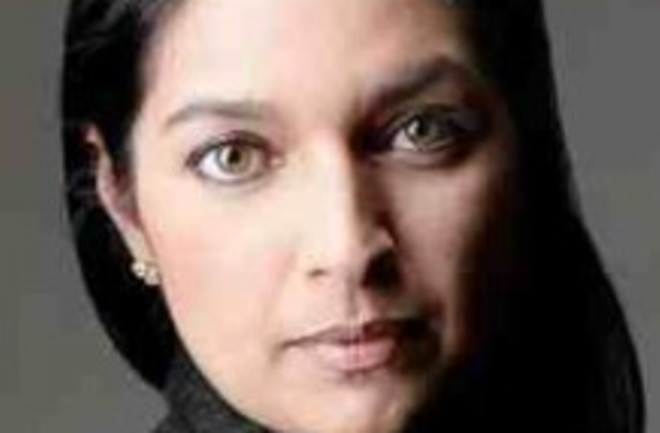 Jhumpa Lahiri. Photo © Marco Delogu. Courtesy Random House. Last year, when she must have been in the throes of completing her new novel, The Lowland, Jhumpa Lahiri wrote an essay for the New York Times called “My Life’s Sentences.” The double entendre of the title sent me to an etymological dictionary, and I learned that “sentence” comes from the Latin sentire, meaning “to feel.” By the early 14th century it had migrated into French to describe a particular kind of feeling -- a verdict, as in a prison sentence or a judgment from God. It wasn’t until the following century, some 500 years ago, that “sentence” was taken to mean a string of words properly constructed according to a language’s rules. But the sentences that endure must pass a higher mark. They hold true to the word’s original meaning, unleashing feelings -- sensations -- that become animate in your head. That is what Lahiri’s essay was about: the power of a phenomenon that nothing in neuroscience or linguistics or the study of hermeneutics comes close to understanding. “Surely it is a magical thing,” she wrote, “for a handful of words, artfully arranged, to stop time. To conjure a place, a person, a situation, in all its specificity and dimensions. To affect us and alter us, as profoundly as real people and things do. . . . “The best sentences orient us, like stars in the sky, like landmarks on a trail.” Sentences celebrating sentences. What hers stirred in me was a memory of something Galileo wrote in his Dialogue Concerning the Two Chief World Systems, the book on heliocentrism that got him into such trouble with the Vatican. Seeing the moons of Jupiter was breathtaking. But what sent him into exaltation was the realization of how ideas can jump from person to person carried by a few well chosen words:

Surpassing all stupendous inventions, what sublimity of mind was his who dreamed of finding means to communicate his deepest thoughts to any other person, however distant, by mighty intervals of place and time! Of talking with those who are in India; of speaking to those who are not yet born and will not be born for a thousand or ten thousand years; and with what facility, by the different arrangement of twenty characters upon a page!

We arrange these tokens into different patterns and make things happen in other people's brains. Galileo’s sentences shook loose another utterance that has been in me since a friend in Minneapolis began signing her emails with a line from Tom Stoppard: “Words are sacred. If you get the right ones in the right order, you can nudge the world a little.” But how does that happen? I wonder if we will ever know. Just a couple of weeks ago, I was only vaguely aware that there was a writer named Jhumpa Lahiri, who was considered important in some way. A few vague impressions had been captured as a node in my head’s neural network -- as a loose cluster of impressions that could easily come undone. That began to change when I noticed a “By the Book” Q & A with her in the New York Times Book Review. Then came an announcement that she had made the shortlist for the Man Booker Prize. It was followed by a review in the daily Times by Michio Kakutani. A sense of this author I had not read was becoming more firmly planted. Synapses were strengthening and entirely new connections were being made. I was acquiring, without intending to, a Jhumpa Lahiri detector. It lit up as I was scanning my Twitter feed this weekend and was alerted to a review of The Lowland in a Mumbai-based magazine I’ve been following called Open. My Lahiri detector responded again on Sunday morning while I was reading the table of contents of the latest NYTBR, in which her book is reviewed by Siddhartha Deb. Now in the grip of a full blown Jhumpa Lahiri binge, I went to the Times archives, which conveniently does not involve a trip to a warehouse of clippings in Long Island City, and found that she appeared last month in a feature in T Magazine called Writer’s Room. (Hers is in an apartment in Rome with a view of the Palatine Hills.) I found reviews of her other books, and am now determined to read more of her own sentences, beginning with her first collection of short stories and an earlier novel. Magical sentences evoke not only the beautiful but the terrifying. With Lahiri’s essay ringing in me, I looked through a file I had accumulated while writing The Cancer Chronicles -- sentences by others that, to use her words, “breathe and shift about, like live matter in soil,” sentences that “contain a charge.” I quoted some of these as epigraphs in my book or within the text. When another writer perfectly expresses an idea it is futile to try to top it with imperfect words of your own. Just a phrase can be enough to savor, like Siddhartha Murkejee’s evocation in The Emperor of All Maladies of leukemia as “cancer in a molten, liquid form” or Susan Sontag’s comparison of a malignant tumor to “a demonic pregnancy” or a “triumphant mutation” or “a fetus with its own will.” I came across those words in her book Illness as Metaphor many months after I had written my own description of the chilling parallels between the gestation of a tumor and the gestation of an embryo. In both kinds of genesis, the same biochemical reactions are involved. I don’t know if Sontag knew the science or, more mysteriously, had anticipated it through language. John Gunther captured the deep difference between cancer and other medical calamities in Death Be Not Proud, his sorrowful account of his son Johnny’s fatal brain tumor. At various stages of the story it is “the size of an orange,” or “an apple,” and when a piece of skull is removed to relieve the pressure, the erupting Bulge or Bump, as Gunther calls it, grows from resembling “a tennis ball sticking out of his head” to two protruding tomatoes. I first read the book in high school and again in college, and at least two times since -- when I was depressed over a breakup with a girlfriend or, later on, my marriage. The book pushed my own smaller woes down where they belonged. More important, I am moved every time by how Gunther managed in his grief to write such a warm, uplifting story -- even though, like Sontag, he knew cancer and had its unique horror down cold:

Tuberculosis used to be called “consumption” because it consumes. It dissolved a lung or bone. But cancer produces. It is a monster of productivity. . . .

In a few sentences in Solzhenitsyn’s novel Cancer Ward, this jungle fecundity takes on the character of a viper:

All the time he was running a race against the tumor to come, but racing in the dark, since he couldn't see where the enemy was. But the enemy was all-seeing, and at the best moment of his life it pounced on him with its fangs. It wasn't a disease, it was a snake. Even its name was snakelike -- melanoblastoma.

The word almost slithers. This cancer of the skin is now commonly called melanoma. But despite some recent biotechnical leaps, it is no less willful now as it was for Solzhenitsyn’s fictional alter ego.

A melanoblastoma is such a swine you only have to touch it with a knife and it produces secondaries. You see, it wants to live too, in its way.

The writer Reynolds Price was moving smoothly through life, not a star like Roth or Updike but valued for his novels and poetry, when his body’s own story asserted itself. After stumbling unaccountably on a walk across campus, he went to a doctor and was diagnosed with a very rare cancer -- one that took the form of an elongated tumor “pencil-thick and gray-colored, ten inches long from my neck-hair downward . . . intricately braided in the core of my spinal cord.” He named it “the eel” and wrote a poem about it. The verses are included in his memoir, A Whole New Life, along with his description of cancer as a being that seems to assert “its own rights.”

Now it sounds a little cracked to describe, but then I often felt that the tumor was as much a part of me as my liver or lungs and could call for its needs of space and food. I only hoped that it wouldn’t need all of me.

In the laboratories, experiments are carried out with cells in dishes or in the bodies of mice. In the hospitals, clinical trials lumber forward, emitting data. But words like the ones in these books -- magical sentences, life sentences, this literature of cancer -- carry a power beyond numbers. The private horror of an alien occupation can be conveyed to other minds. We can know what it is like, just a little, to be sentenced to life with cancer, to be doing hard time. *** Comments are welcome by email. For public discussion please use Twitter. @byGeorgeJohnson A preview of The Cancer Chronicles, including the table of contents and index, can be found on the book's website.