Does the Multi-Tasking Brain Max Out at Two Tasks? 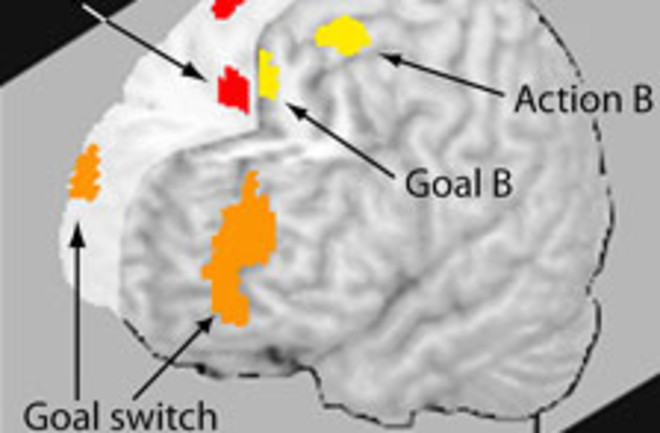 A team of French scientists have proposed that when it comes to multi-tasking, our brains can handle only so much. In a new study, published in Science, scientists Sylvain Charron and Etienne Koechlin found that while the brain can easily divide its attention between two tasks, a third task will begin to slow it down--suggesting there is an upper limit to our multi-tasking abilities. The scientists asked volunteers to do two complicated matching tasks simultaneously. With two tasks to deal with, the brain's frontal lobes swung into action, working together to get the job done. The left side of the brain picked up one assignment while the right managed the other. But when scientists threw a third task into the mix, the brain began to fumble, with the volunteers making mistakes and slowing down, leading Koechlin to suggest that our frontal lobes "can't maintain more than two tasks." To find out more about how the brain maxes out on multi-tasking and what this means for people who drink coffee and text while driving, head to Not Exactly Rocket Science's for Ed Yong's post: When multi-tasking, each half of the brain focuses on different goals. Related Content: Not Exactly Rocket Science: When multi-tasking, each half of the brain focuses on different goals Not exactly rocket science: Information overload? Heavy multimedia users are more easily distracted by irrelevant information 80beats: Multitaskers Are Bad at Multitasking, Study Shows 80beats: Key Brain Section Never Multitasks—It Just Switches Very Fast 80beats: How Ritalin Works in the Brain: With a One-Two Dopamine Punch 80beats: Prescribe Ritalin to Everyone, Provocative Essay SuggestsImage: Etienne Koechlin