Studies have begun to link high blood pressure to Alzheimer's symptoms, though more research is needed. 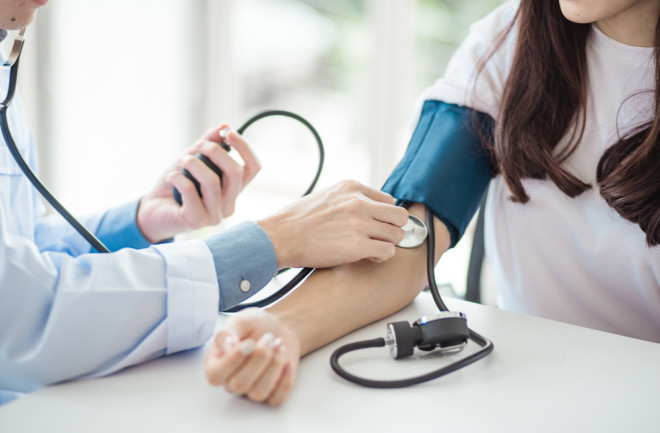 While Alzheimer’s disease is the sixth leading causes of death in the United States, it is just one of many causes of dementia — a term for conditions characterized by problems with memory, problem solving and thinking skills. Alzheimer’s may be the most common, but other dementias include disorders caused by brain damage and even vascular injury. And it is vascular dementia, the second most common form of dementia after Alzheimer’s, that is associated with high blood pressure.

Vascular dementia — which, much like Alzheimer’s, slowly destroys memory and other cognitive functions — occurs when a lack of oxygen to the brain kills nerve cells. It can be caused by a vascular injury, like a stroke, or a disease of the brain’s small blood vessels. High blood pressure can increase the risks for heart disease, kidney failure, and stroke. And, increasingly, research shows that it might raise the risks for dementia later in life.

But researchers are still probing the potentially complex link between high blood pressure and dementia. A recent study showed that lowering blood pressure didn’t significantly lessen participant’s risk of dementia, but did reduce the risk of cognitive impairment.

More From Discover
Mind
Why the Human Brain Takes Decades to Develop
Health
Why Walking Might Be One of the Best Exercises For Health
Health
Why Do Some People Live So Long?
Health
Combat Cognitive Decline With These 5 Activities
Technology
Life After Death? Cryonicists Try To Defy Mortality By Freezing Bodies
The Sciences
Inside The Brains Of Aging Dogs
Recommendations From Our Store
My Science ShopDiscover STEM Kits
My Science ShopDiscover 2022 Calendar
My Science ShopStrange Science
My Science ShopElements Flashcards
Shop Now
Stay Curious
Join
Our List