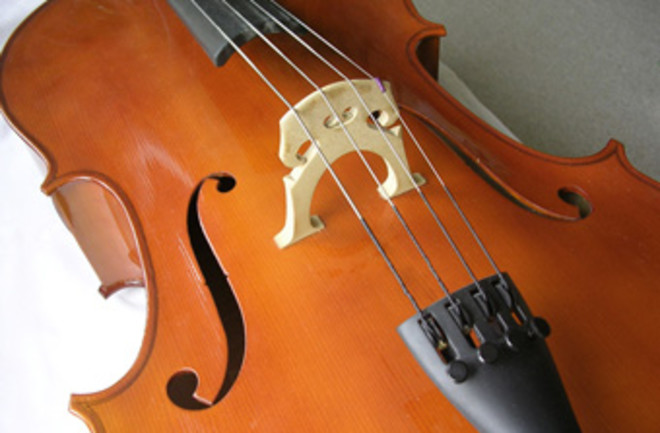 A 68-year-old concert cellist suffering from severe amnesia can still learn new music, researchers reported [pdf] at the Society for Neuroscience conference this weekend. In 2005, the cellist suffered a bout of herpes encephalitis, a dangerous infection that causes inflammation in the brain. His medial temporal lobes, brain structures important in remembering facts and events---what scientists call explicit memory---were destroyed. As a result, the cellist, referred to by the initials PM, was left with both retrograde amnesia (meaning he couldn't remember events from his past) and anterograde amnesia (meaning he couldn't form new memories). And yet, as Ian Sample details in the Guardian, PM could learn and recall music:

Doctors made their discovery when they tested PM's ability to recall musical information and found he could identify the scales, rhythms and intervals of pieces they played him. The man went on to score normally on a standard test for musical memory. But it was later tests that surprised doctors most, when the cellist showed he could learn new pieces of music, even though he failed to remember simple information, such as the layout of his flat, who his doctors were and what medicines he should take.

PM's persistent musical acumen, his doctors say, suggests that musical memory is stored elsewhere in the brain than explicit memory is, an idea also supported by the observation that some patients with Alzheimer's- or stroke-induced memory loss can still call up musical memories when other memories have faded. What's more, scientists have seen before that even when explicit memory is wiped out, implicit memory---skills and other knowledge we aren't consciously aware of---can remain: HM, another patient with severe retrograde and anterograde amnesia, was able to learn new motor skills even though he had no memory of practicing them. PM's case fits in with this larger body of research showing that memory isn't a monolith; it's several distinct process that go about their business, to a large extent, independently.