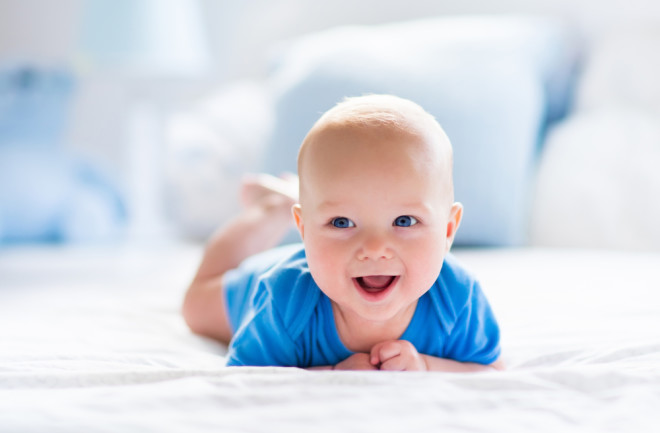 (Credit: FamVeld/Shutterstock) Babies, many people agree, are pretty interesting. Not because of their personalities (although, to be sure, some babies are great wits), but because of everything going on in their little baby brains. The complex and intricate processing power of an adult brain is literally taking shape within a newborn’s head, as experiences and sensory input forge new neural connections. And if a baby is missing one of those senses — say, hearing — it’s reasonable to think her brain would look and act a little differently. But, because infants are such notoriously difficult communicators, it’s hard to know for sure. Lots of studies already show kids of preschool age and older with hearing impairments have different cognitive abilities than hearing children, but it’s not clear when those differences come about. Every parent hears about the importance of the first three years in a baby’s life for cognitive development, so it makes sense to assume the differences begin early — but how early? A study today in the journal PLOS ONE suggests the answer is quite early indeed. It turns out baby brains as young as 7 months old already process non-auditory information differently from hearing infants.

The authors gauged the workings of those baby brains indirectly, by taking advantage of a process called habituation. Basically, it’s the fact that you get used to stuff. In the context of babies, if you show them something, they’ll look at it for a while, and then get bored and look away. The idea is that they only get bored once they’ve visually processed the object; as long as they’re still figuring out what they’re looking at, they’ll keep looking. So, the authors compared how long 23 hearing and 23 deaf babies looked at images on a computer screen as a proxy for visual cognitive development. The infants were 7 to 22 months old, and, as one might expect, there were indeed differences – but maybe not the differences we'd expect. The common wisdom is that people who can’t hear might compensate with increased visual prowess, but it turned out the deaf babies took about 30 seconds longer to habituate to the images, and they looked away entirely only 40 percent as much.

But that doesn’t necessarily mean the common wisdom is wrong, either. The authors suggest the difference might be due to deaf babies paying greater attention to visual objects, for example, processing more information about them than hearing babies. If that's true, they may not be worse at visual processing at all. The current study doesn't have anything to say about that, though. It study simply set out to find whether baby brains were different at that age, and it seems that yes, they do indeed process information differently. While any insight on how the brain functions and wires itself is great, the real benefit is its potential to better care for deaf babies in the future. As researchers get better at learning about those brain differences, it’ll be easier to learn how to tailor education and communication to deaf babies in general. Of course, babies will still be babies, and every parent must also know that, deaf or not, there’s almost nothing you can do when your kid simply doesn’t want to listen.