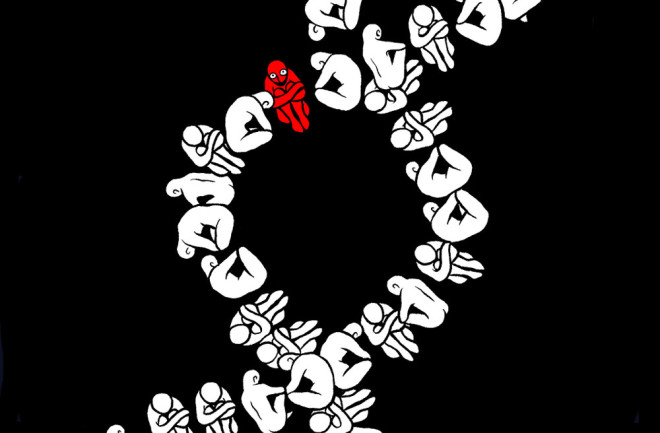 Depression affects some 350 million people worldwide, costing billions in health care expenses and decreased work productivity, yet the illness is poorly understood on a biological level. But we’re getting closer.

Scientists have pinpointed 15 regions in DNA associated with depression. The study, published in August in Nature Genetics, analyzed the genetic variations of 75,607 individuals who reported having depression, and 231,747 healthy controls. It found that genes associated with depression are involved in brain cell development, and that there was overlap between these genetic regions and those linked to schizophrenia and other mental illnesses. The study is also significant because it was crowdsourced: The data came via personal genomics company 23andMe, from people who consented to participate anonymously.

The study involved participants of European descent exclusively, but co-author Roy Perlis, a researcher at Massachusetts General Hospital, notes it’s standard method to focus on one group as a starting point, since previous research shows genetic markers can vary by ethnicity.

“An important next step is trying to understand how important these genes are in people of different ancestries,” says Perlis, who adds that new treatments are still a long way off. “The hard work is ahead of us; it’s just that now we know where to look.”