World financial markets are at the mercy of overheated hormones, which leads both to irrational exuberance and irrational pessimism, says trader-turned-neuroscientist John Coates. 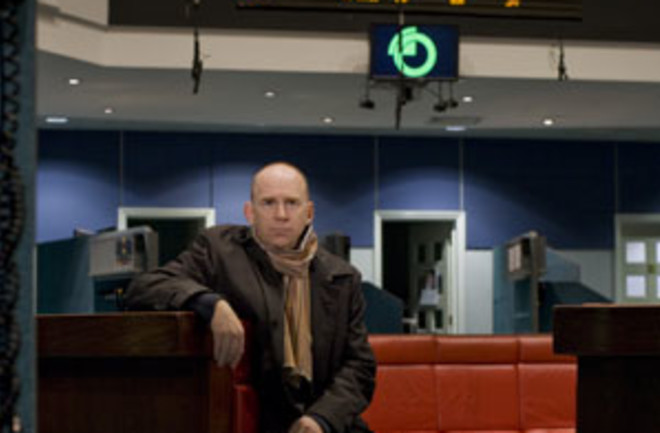 When the housing market crashed in late 2008, most people were surprised by the sudden collapse. John Coates was not among them. He had spent 12 years trading derivatives for New York’s biggest banks—and had left finance for neuroscience, studying what happens in the brains of traders who put billions of dollars on the line in risky financial decisions. Coates, who now studies neuroscience and behavioral economics at the University of Cambridge, has made the London stock market his laboratory. His experiments seem to show that a trader’s success may be determined not by his wits but by the hormones that course through his brain. Hormone-fueled decision making can have powerful effects, intensifying market booms and busts and destabilizing the economy, Coates suggests. The markets’ operations are determined by legions of young men governed by confidence-boosting testosterone and the stress-related hormone cortisol. When hormones spiral out of control, economic behavior can do so as well.

How did you get inside the heads of the people working in the financial markets?In our first experiment, we were on a trading floor in London with 250 traders, of which only three were women; the average age was maybe 28. They traded in and out very quickly, which means they would hold positions for minutes or even seconds. They would spot a price anomaly and jump on it, then quickly unwind. And they would make trades of huge value —$1 billion or $2 billion at a crack. We wanted to find out what was going on in the brains and bodies of these men who were taking such huge risks. So we collected saliva samples from the traders to measure their levels of testosterone and cortisol in the morning and the afternoon, bracketing the bulk of the day’s trading. Our hypothesis was that when traders had above-average testosterone their profits would go up, and in fact that’s exactly what we saw. It turned out that their morning testosterone levels were actually predicting their afternoon profits.

You also thought that traders’ losses would be linked to elevated levels of cortisol, which is a marker of stress. Did that pan out?Cortisol does go up when something bad happens to you, but it goes up even more when you’re expecting something bad to happen to you. What we found was that the more volatile and unpredictable the market was, the higher the levels of cortisol in these traders.

If a trader is pumped up on testosterone, how does that influence his behavior?It’s still not clear exactly how testosterone acts on the brain, but it may be that it stimulates dopamine release in the shell of the nucleus accumbens, which is a part of the brain that’s involved in reward, pleasure, and drug addiction.

What about traders who have elevated cortisol levels for a long period of time? How are they affected?In response to stress, cortisol helps you code memories. Both the amygdala, which tags memories for emotional significance, and the hippocampus, which processes the factual details of events for memory storage, have many cortisol receptors. A stressful event is one you can learn from, so it should be stored in a special way. But when cortisol stays high, it affects the memories you recall: You remember primarily the negative and stressful things that have happened to you. We think that what occurs during financial crashes—when there’s so much uncertainty in the market—is that cortisol levels become so high that traders become radically risk averse and see only risks rather than opportunities in trades.

So traders lose touch with reality during both bubbles and crashes?Certainly this would explain the fact that the market cycle is characterized by irrational exuberance at its peaks and irrational pessimism at its troughs. The holy grail of economics is to find out where financial instability comes from. Economists haven’t done that yet, and I think the reason they haven’t done that is because they’ve ignored the influence of the body in economic decisions.

What about women, who don’t have as much testosterone? How are they affected?Women have only about one-tenth the testosterone of men, so they’re unlikely to be susceptible to the winner effect. They do have as much cortisol as men. But women’s cortisol levels don’t seem to be as responsive to competitive situations, like making and losing money.

Could we reduce the cycles of market boom and bust by making sure more women worked on Wall Street?Stability in the market requires opinion diversity. I think the same could be said for hormonal diversity. A mix of men and women would create more diversity, and so would a mix of younger and older people, because your testosterone levels decrease as you age. I think if you had more women on the trading floors, you’d have a more stable situation. When you isolate one segment of a population, you often get extreme behavior. In some situations, like war, it may be good to have an isolated population of young males. But when you’re allocating society’s capital, I think you want the whole village there.