Could an Experimental Memory Drug Put an End to "Senior Moments"? 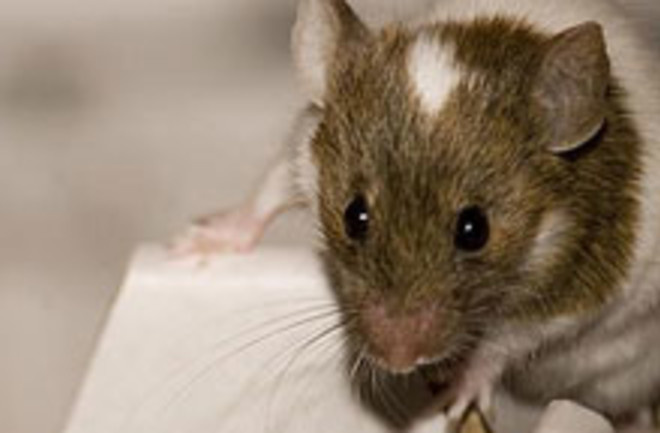 A new drug seems to be able to reverse normal age-related memory decline in old mice--like a face-lift for neurons, bringing them back to their younger days. The results of the experimental treatment, which works by blocking certain stress hormones, were published in the Journal of Neuroscience.

"What's most surprising is that even short-term inhibition was able to reverse memory loss in old mice," says Jonathan Seckl, a professor of molecular medicine who was involved in the research. "I don't think people had realized this was so reversible. It takes [the animals] back to being relatively young." [Technology Review].

Research has shown that stress hormones called glucocorticoids play a role in memory loss, by damaging the brain over time. But targeting the glucocorticoids themselves is dangerous, because reducing their levels would leave the body without a stress response. The researchers therefore targeted an enzyme instead, which activates the hormone in neurons.

"This enzyme acts as an intracellular amplifier of glucocorticoids," says Seckl. "If you take out the amplifier, you still have stress hormones, but they shout less loudly and cause less wear and tear." [Technology Review].

The researchers first bred mice that lacked the gene for producing the enzyme, and found that their memories were better than those of their normal peers throughout old age. They then wondered if the drug could help normal mice that were already aged, and designed a drug to inhibit the enzyme. After ten days of treatment with the drug, the old mice were already performing better on tests of spatial memory. It's possible that similar drugs could help treat normal age-related memory decline in humans, and could help people suffering from Alzheimer's and dementia. The researchers hope to proceed to human trials soon.

Researchers estimate that roughly 20 to 30 percent of people age 75 and older have elevated glucocorticoid levels (more precise figures aren't available). Most affected is so-called declarative memory, the ability to learn new facts and remember, for example, lists. People who suffer age-related memory loss are at higher risk for developing Alzheimer's and other forms of dementia, though the condition is not itself considered a form of dementia. [Technology Review].

Related content: 80beats: Which Strains of Marijuana Put the Least Strain on Memory?

DISCOVER: Stress and Your Brain

DISCOVER: 33. How to Erase a Single Memory