Complexity in a Grain of Sand; Simplicity in a Book 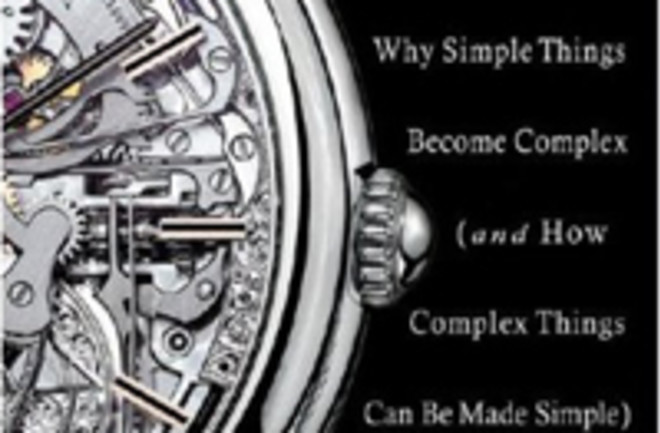 The million-degree nuclear fusion powering a million-mile-wide star a million light-years away is a million snores to Time magazine’s science editor, Jeffrey Kluger. He would rather ponder guppies in a fishbowl. Kluger argues that humans are awed and intimidated by enormous systems that appear complex, even though true intricacy more often lies in the commonplace: the makeup of a fish or a pencil, or the ability to answer irate customer-service calls. Kluger interviews scientists who study complexity and, in the new tradition of best sellers like Blink and Freakonomics, stitches their research together—albeit rather loosely—to apply it to the stock market, baseball, cell phone instruction manuals, and political races. As if life weren’t complicated enough already.