Comic-Con 2009: Watchmen Director: "Technology Is Its Own Religion" 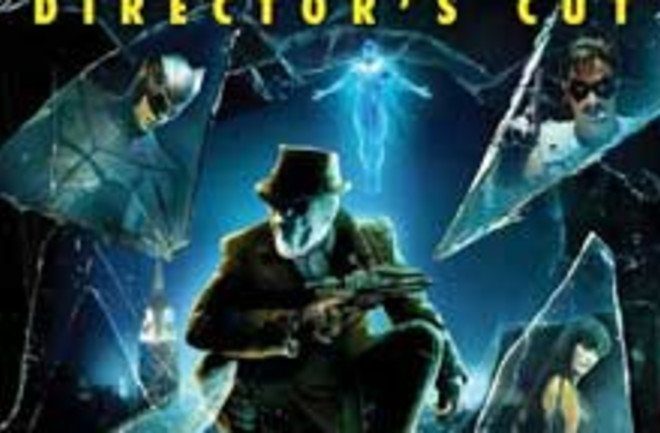 Watchmen director Zack Snyder has a favorite added scene in the new Watchmen Director’s Cut. The blue-hued superhuman Dr. Manhattan has just taken his sporadic girlfriend Laurie Juspeczyk to Mars for a good heart-to-hyperconscious-heart. “We’re all puppets, Laurie,” he says. “I’m just a puppet who can see the strings.” Is technology a panacea that can deliver man from his own idiocy or a neutral entity used for good or evil and locked the same physical laws as mere mortals? Such are the themes that Snyder tries to mine further in the re-edited version, which hit stores July 21 and includes 25 minutes of additional footage. “The movie, at its core, is a technological-philosophical exercise,” Snyder tells SciNoFi. “When the graphic novel was originally written, it was influenced by the dropping of the atomic bomb on the Japanese and how it created this modern moral dilemma with the idea that you could kill hundreds of thousands to save millions and whether that was OK or not. “The specific theme—more in the director’s cut than the theatrical version—is that the technology creates a god-man, and, by proxy, that technology is its own religion,” says Snyder. Yet this god is not above the laws of the universe. “He's saying free will is an illusion and that he also is a slave to his own way of thinking. 'Just because I'm a god doesn’t mean I'm not also a slave to the same rules.'" These layered and often contradictory elements of technology—personified by Dr. Manhattan—resonate as much today as when Watchmen was first published two decades ago. “I was really fascinated with Dr. Manhattan’s revelation that he had lost touch with the humanity of things,” says Snyder. “The idea of technology taking us away from our humanity—we see that every day with the Internet and social networking. You don’t talk to people fact-to-face; the voice at the other end is becoming more and more abstract. Eventually, we may reach a point where they write a program that just responds to questions in such a way that it seems like there’s someone with a heartbeat on the other end. Those are the questions we face as we get more entrenched in technology" “I think science fiction is the gatekeeper of our dreams of what we can be and where we can go as a people,” he adds. “There is a spirituality in humanity that I hope influences the scientists of tomorrow. You can dig down and take it apart, but don’t forget the 'why' of it.” —Special Comic-Con correspondent Susan Karlin