Caprica Puzzle: If a Digital You Lives Forever, Are You Immortal?

CLARICE: Zoe Graystone was Lacy's best friend. A real tragedy for all of us. She was very special. I mean, she was brilliant. NESTOR: At computer stuff, right? That's my major. Did you know that there are bits of software that you use every day that were written decades ago? LACY: Is that true? Oh, that's amazing. NESTOR: Yeah. You write a great program, and, you know, it can outlive you. It's like a work of art, you know? Maybe Zoe was an artist. Maybe her work... Will live on. From: Rebirth, Season 1.0 of Caprica 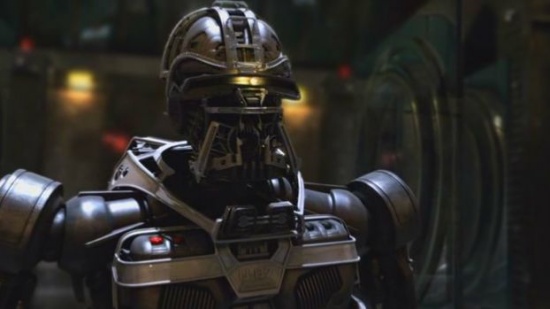 I'm excited that today Caprica is back on the air for the second half of its first season. As the show's science advisor, I thought I'd pay homage to its reentry into our living rooms with some thoughts about how the show is dealing with the clash between the mortality of its living characters and the immortality of its virtual characters. As Nestor says in the passage above, a great program can outlive you. It's a clever reference to Zoe's hacking leading to her digital self outliving her biological self. But the extent to which a piece of art can outlive you differs radically depending on what you "paint" with. Philosopher John Haugeland's 1981 work "Analog and Analog" is full of great insights into the difference between digital and analog systems. Haugeland defines a digital device as*: 1. A set of types (for example, our alphabet; or 1 and 0s of computers), 2. A set of feasible procedures for writing and reading tokens of those types, and 3. A specification of suitable operating conditions, such that 4. under those conditions, the procedures for the write-read cycle are positive and reliable. Using Haugeland's criteria, if you are dealing with words, then you are dealing with a digital system. Shakespeare's sonnets are largely as he wrote them, and they will remain this way for an eternity, perhaps with small adjustments to account for changes in English (though there will always be versions in the original form for scholars). Because the alphabet is a set of types (1), and we have a set of feasible procedures for writing and reading tokens of those types (2), and a specification of suitable operating conditions (e.g., light to read and write by!) (3), such that under those conditions, we can read the sonnets and copy them in a reliable fashion without error (4). So the work of Shakespeare will live on, potentially eternally, because it is enmeshed in digital system (written language) in which perfect copying is possible. We don't complain, when we read a reprint of his work, that we are not "reading the original"---it is the original. Now contrast this with a Rembrandt painting, which can never be perfectly copied; so, once---despite the efforts of art conservationists---it finally turns to dust, this Rembrandt painting will be no more. Eventually all of his work will be lost this way. Clearly, a Rembrandt does not fit the criteria for a digital device. An interesting analog to these concepts is the idea that biological aging represents the accumulation of small errors of copying DNA over the course of your lifetime. If the copying was perfect, again we'd be a digital device---and eternal. In Caprica, Zoe's and Tamara's switch from their biological to virtual selves leaves a lot for their biological family and friends to ponder, similar to questions that characters in BSG had about the 12 human-looking cylon models. Are these virtual selves "real"? Do they have a "soul"? How does the lack of aging, and impossibility of death, affect relationships between digital and analog selves? How can a digital self inhabit both the virtual worlds of Daniel Graystone's creation and the analog world? These are some questions that will continue to lurk beneath the surface as we see the stories of series 1.5 unfold. Stay tuned!

* This definition underlies why your computer can do billions of operations a second flawlessly. We push the silicon in your computer hard---we make a lot of energy run through the underlying transistors so that they will faithfully stay in a determinate state representing zero, or representing one, with a set of procedures for reading and writing those states that are "positive and reliable." (Analog very large scale integrated or AVLSI chips exploit the fact that when you don't slam so much energy into transistors, you get very interesting nonlinear behaviors that can be exploited to do complex calculations.) Reference: Haugeland, J. (1981). Analog and Analog. Philosophical Topics, 12, 213-226.