Can You Cuss Away Your Pain? Study Says Yes 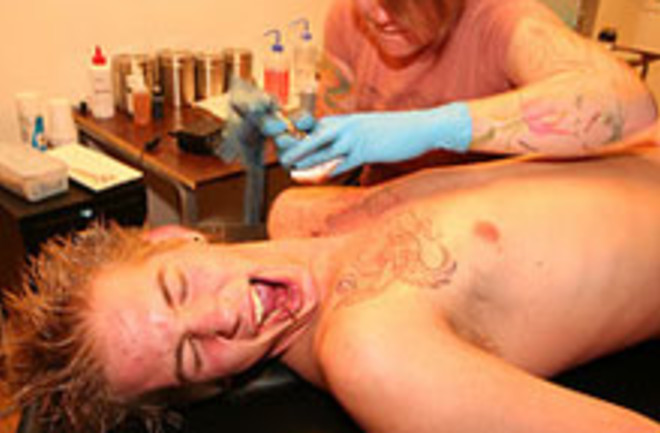 The next time you stub your toe, bump your head, or otherwise hurt yourself, don't feel guilty about belting out those four-letter words. A new study found that swearing when you're injured actually increases your pain tolerance. This is reportedly the first study to provide evidence for the benefits of swearing, and it may explain why the practice has persisted for hundreds of years. BBC tells us:

A study by Keele University researchers found volunteers who cursed at will could endure pain nearly 50% longer than civil-tongued peers.... He recruited 64 volunteers to take part and each individual was asked to submerge their hand in a tub of freezing water for as long as possible while repeating a swear word of their choice.... On average, the students could tolerate the pain for nearly two minutes when swearing compared with only one minute and 15 seconds when they refrained from using expletives.

Scientists hypothesize that swearing-as-pain-tolerance works by initiating the body's fight-or-flight response, in which the hypothalamus signals the release of stress hormones like adrenaline and cortisol. The process increases aggression, dampens pain, and allows us to better deal with stresses like pain or fear. Well, it's about #^@*ing time someone came up with a good remedy for pain! Related Content: Discoblog: Got a Migraine? Chronic Pain? Epilepsy? Try Viagra Discoblog: Migraine Sufferers’ Redemption: The Weather Does Cause Headaches Discoblog: Attention "Cello Scrotum" Sufferers: Your Condition Doesn’t Exist Image: flickr / asdf