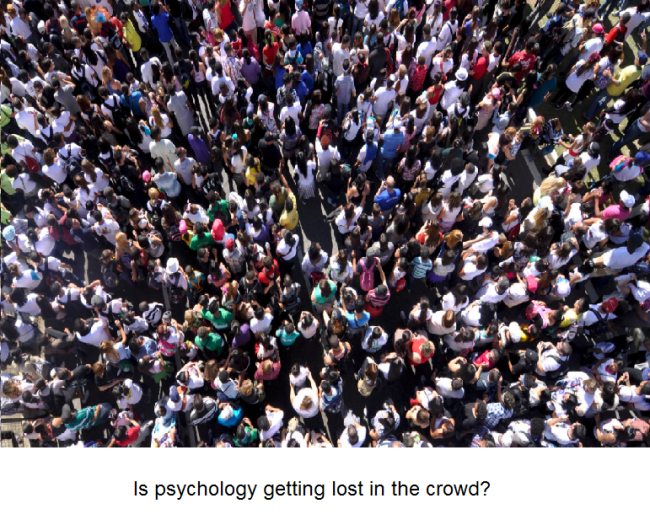 Normand writes that the conventional wisdom - that a bigger sample size is better - is wrong. Repeated measurements of a few subjects, or even just one individual, can be more informative than casting the net widely, he says

Psychologists tend to view the population of interest to be people, with the number of individuals studied taking precedent over the extent to which each individual is studied. Unfortunately, studying large groups of people makes repeated measurement of any one person difficult. The consequence is that we often end up knowing very little about very many... When you have only one or a few measures of each individual’s performance, it is impossible to know how representative those measures are for the individual, never mind the population.

He goes on to outline the advantages of single case designs

Single-case designs involve the intensive study of individual subjects using repeated measures of performance, with each subject exposed to the independent variable(s) and each subject serving as their own control... Comparisons of performance under baseline and experimental conditions are made for each subject, with any experimental effects replicated with the individual subject across time or across multiple subjects in the same experiment. Single-case experiments yield data that can be interpreted using non-inferential statistics and visual analysis of graphed data, a strategy characteristic of other natural sciences.

Normand argues that because individual psychological traits and performance on tasks are variable over time, we need to measure the same individuals repeatedly over time to capture the psychological reality that is within-subject variability

He acknowledges that the representativeness of the subject(s) in a small-n study might be a concern, but he says that

Hmm. Normand makes a good case that small, intensive studies are a legitimate research strategy in psychology. He doesn't showcase any examples where this strategy has led to new insights, however, which leaves Normand's paper open to the charge of being "hand-wavey". In neuroscience, single-case studies are quite common when it comes to individuals with rare brain lesions, such as the famous case Patient H.M. But these single patient studies are something of an exception. In the rest of neuroscience, there's generally a desire to maximize the sample size, although there has been at least one single subject repeated neuroimaging study.