Scientists imaged more than 1,700 mouse brains to build the most comprehensive mammalian brain map yet. 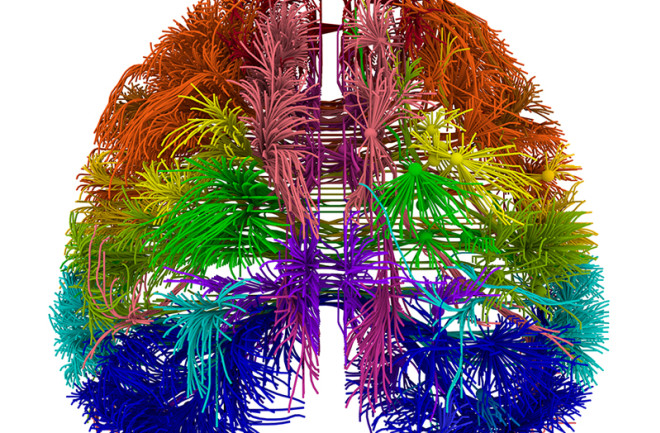 Scientists constructed the most detailed connectome (above) of a mouse brain in April. | Allen Institute for Brain Science

The tiny mouse brain is packed with more than 86 million neurons, each with more than 1,000 connections, clustered into different nodes — similar to a complex highway system.

In April, researchers led by Hongkui Zeng of the Allen Institute for Brain Science in Seattle assembled the first road map of neural pathways — called a connectome — inside the mouse brain (left). It’s the most comprehensive guide ever assembled of the mammalian brain.

Scientists imaged more than 1,700 mouse brains (injected with a tracer virus) at resolutions less than a micrometer, or 50 times smaller than a human hair. They assembled the 1.8 petabytes of data — equivalent to running HD video continuously for 26 years — into a 3-D map. See it at brain-map.org.