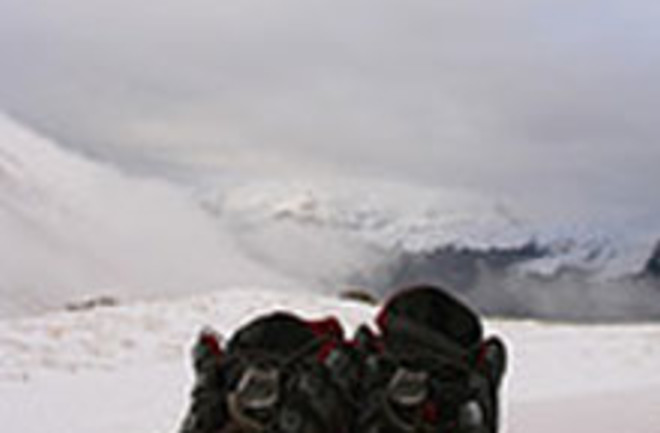 What if there was a surgical procedure that would make it possible for you to run 100-mile races? What if that surgery also erased part of your memory and a portion of your organizational skills? This is reality for Diane Van Deren, a former professional tennis player who had part of her brain removed in 1997 as a treatment for epilepsy. The lobectomy was a double-edged sword: Her inability to gauge how much time and distance has passed has helped her become one of the greatest ultramarathoners on the globe, but she has no memories of family vacations and little sense of direction. The New York Times brings us the full story:

She used to run away from epileptic seizures. Since brain surgery, she just runs, uninhibited by the drudgery of time and distance, undeterred by an inability to remember exactly where she is going or how to get back. "It used to be, call for help if Mom’s not back in five hours," Van Deren said. She laughed. "That rule has been stretched. I’ve got a 24-hour window now. Isn’t that sad?" Van Deren, 49,... has become one of the world’s great ultra-runners, competing in races of attrition measuring 100 miles or more. She won last year’s Yukon Arctic Ultra 300, a trek against frigid cold, deep snow and loneliness, and was the first woman to complete the 430-mile version this year.... The surgery was not without costs. Van Deren struggles to remember people she recently met and has missed flights simply by getting too involved in a conversation at the gate. "She never remembers where she parked," Page said. "Never, not once, to this day." The lapses are not always amusing. Her husband placed photo collages around the house to help his wife remember vacations and family milestones that slipped past her memory’s reach. Robin Van Deren, the 21-year-old middle child, recently told her mother that she lost a part of her in the surgery. They cried together.

A lack of organizational skills is certainly preferable to living in constant fear of having a seizure while driving. Still, it makes us wonder whether altering the brain can change who we really are. For Van Deren, the answer is not so clear. Related Content: Discoblog: Why Michael Jackson Might Be Buried Without His Brain Discoblog: Military Members to Donate Their Brains to Science Discoblog: Will Drilling a Hole in Your Head Cure Alzheimer’s?

After-School Activities Can Be Good For Kids’ Brains