Brain Scan Can Predict When You're Going to Screw Up 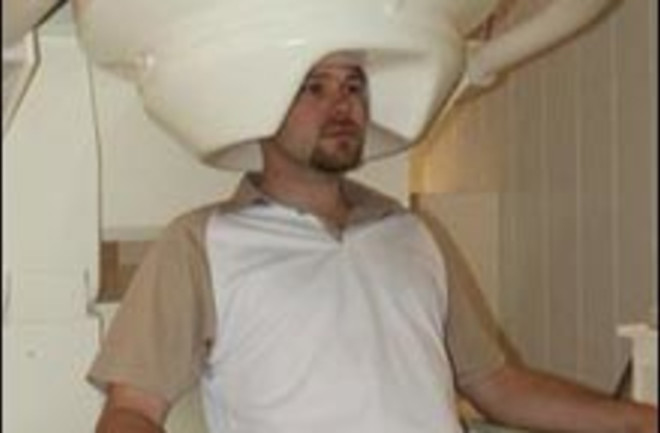 Brain scans can pick up the distinct pattern of brain waves that occur when a person's attention lapses, and can therefore predict when the person is about to make a mistake, according to a small new study. Using magnetoencephalography (MEG), researchers monitored the oscillations in brain activity for 14 test subjects.

Each student was asked to take part in monotonous test in which a random number from one to nine flashed on a screen every two seconds, and they were asked to tap a button as soon as any number except five appeared. The test was so boring that even when a five showed up, the subjects spontaneously hit the button an average of 40% of the time [BBC News].

About a second before they committed the error, brain waves in two regions spiked: alpha wave activity in the occipital region was about 25 percent greater than usual, and in the sensorimotor cortex there was a corresponding increase in the brain's mu wave activity. Chief researcher Ali Mazaheri explains:

"The alpha and mu rhythms are what happen when the brain runs on idle. Say you're sitting in a room and you close your eyes. That causes a huge alpha rhythm to rev up in the back of your head. "But the second you open your eyes, it drops dramatically, because now you're looking at things and your neurons have visual input to process" [Telegraph].

Once an error had occurred wave activity surged in the front of the brain, which appeared to drive down the alpha waves, according to the study published in the journal Human Brain Mapping.

Dr Mazaheri said: "It looks as if the brain is saying, 'Pay attention!' and then reducing the likelihood of another mistake" [BBC News].

The researchers say the results could one day lead to a wireless device for air traffic controllers that would keep tabs on their level of attention and prevent accidents, although it's hard to imagine that any worker would agree to let a supervisor inside his brain. But the researchers also note that

monitoring brain activity for attention can also help people with ADHD. It would be an improvement over current methods of watching for behavior changes to measure how well treatments are working [Ars Technica].