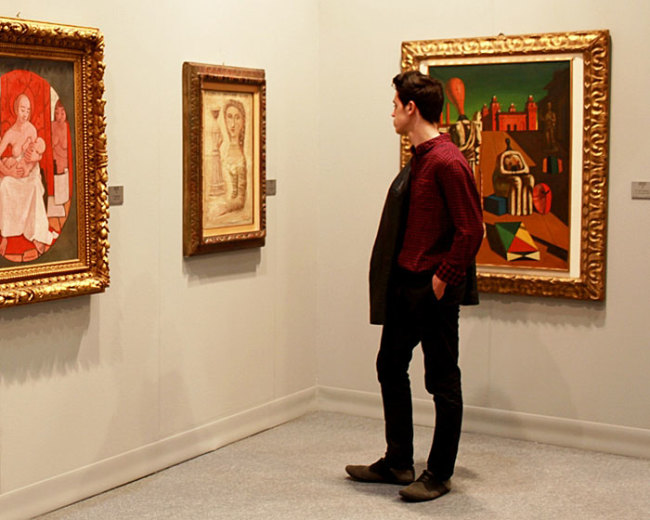 Beauty is not just in the eye of the beholder — it’s apparently also in the eyes of a painting’s subject. “Cognitive attraction” is the theory that humans’ neurological processes favor certain cultural forms — invoked to explain things as varied as people's interest in video games

and the evolution of religion

. Now a new study postulates that cognitive attraction was a contributor to Renaissance painters' preference for direct-gaze portraits, and the subsequent popularity of paintings from that era. It's known that direct-gaze poses elicit a stronger neurological response, including arousal, from an onlooker. Direct eye-gaze faces are also easier to identify, even by infants as young as four months, and are consistently rated as more attractive. Using online art databases, study author Olivier Morin showed that direct-gaze portraits became more common over the course of the 16^th century throughout Europe, eventually overtaking the profile, three-quarters and averted-gaze poses more common in the 15^th century. Direct gaze became more popular regardless of a subject’s age or sex, and that preference has continued into modern times, with direct gaze portraits more likely to be selected for inclusion in “coffee table” books and museum collections. Morin theorizes that when gaze direction is not mandated by cultural restrictions, the neurological preference for direct gaze wins out. The study

, published in Evolution and Human Behavior, determined that demographics drove the rapid rise of direct-gaze poses; each new generation of painters was more likely to use the direct gaze than the one before it, and this preference was established early in an artist’s career. Morin found a similar evolution of direct-gaze portraits as the preferred pose in Korean paintings, giving weight to the theory that bias for direct-gaze is neurologically based and not specific to European cultures. Image courtesy Adriano Castelli / Shutterstock